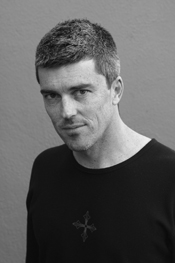 Matt Johnson, who teaches Intermediate Rewrite and Advanced Rewriting Workshop, just sold his spec script “Trans Am” to Warner Brothers. As the Hollywood Reporter puts it, “the Southern-fried buddy action script centers on a disgraced sheriff’s deputy and a repentant getaway driver who must elude a federal manhunt when they join forces to bring an escaped bank robber to justice.” Matt, who wrote Into the Blue, was also recently hired to adapt the graphic novel “Afterburn” for producers Neal Moritz and Tobey Maguire.

“The best part about teaching rewrite workshops is to see how much everybody’s scripts improve over the course of ten weeks. It’s a reminder that staying on focus works.”

Congratulations Matt, we’re looking forward to seeing these on the big screen!