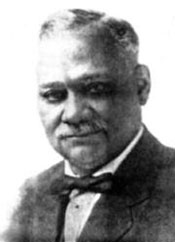 Michael Murphy, who was a finalist in the 2009 UCLA Extension Screenplay Competition, recently took his script to two film festivals. The Writ Writer tells the true story of mixed-race Arkansas attorney Scipio Africanus Jones who, in 1919, risked his life in an appeal to save twelve black sharecroppers from execution. The script was performed in March as an audio drama for public radio station KCBX during their San Luis Obispo Film Festival and, several days later, was named Best Screenplay at the 9th Annual Ozark Foothills Film Festival. Michael developed the script in an online class with Karl Iglesias.

“My experience with the Writers’ Program has been extremely positive. The instructors challenge you to elevate your craft and seek ways to improve. Each instructor who has personally touched this script in some way has helped me take a fresh approach in my rewrites. In addition to the quality of the instructors, I’ve made friends and stayed in touch with several classmates. Some of us have formed an on-line writing group which has now met on a regular basis for over a year, providing each other notes, contacts and encouragement. The contacts and camaraderie that have blossomed from my work in the Writers’ Program are truly invaluable.”