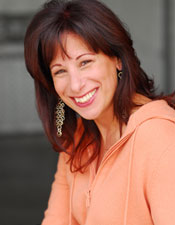 Screenwriter Kathy Forti’s original spec pilot, Stacks, has been turned into web series which will be launched in January 2011. The series follows heroine Cali Cavaleri, a young Los Angeles writer who, after finding a dead man in the Beverly Hills Library parking structure, accidentally stumbles into a 6th dimensional Library of Truth controlled by a group of international power brokers. Kathy wrote the script, which is being produced by Pacific Rock Productions, in Bill Taub‘s Writing the Spec Pilot course.

“Bill inspired me to think outside the box. If it wasn’t for him I wouldn’t have entered my first TV pilot in the Slamdance Teleplay Competition and won an award. He continues to inspire me today. There aren’t that many teachers out there who leave a mark in your life. So what did I do to thank this honorable mentor? I recruited him to play a one-line, bad-guy priest in my Stacks web series!”

Click here to watch the Stacks trailer (featuring our own Bill Taub!) or, for a behind the scenes look at cast and crew, go to stackstv.com/.