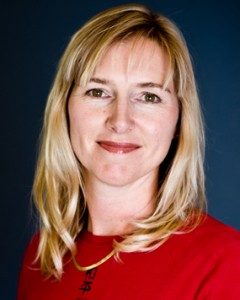 Lynn Beck was awarded a fellowship from the Writers Boot Camp to further study her craft–and with a possible development deal upon completion. She applied with a script called Life in 2D, which she developed in Bill Grundfest‘s advanced workshop, Writing the Half-Hour Spec Pilot. The script revolves around a forty year-old cartoonist who is mired in midlife malaise and pines to become a reporter. His wish comes true when one of his sexy, young comic book characters comes to life and forces him to make his dreams come true.

She says, “I greatly enjoyed Bill’s class. He used his vast experience to teach us the fundamentals of comedy writing, and provided the class with a fun, supportive environment. I also enjoyed Bill Taub‘s online class on writing the one hour drama and completed a script which secured me a manager. I have both scripts at production companies and hope to get them to more producers this development season. I cannot recommend the Writers’ Program enough for offering a professional experience at a reasonable price.”