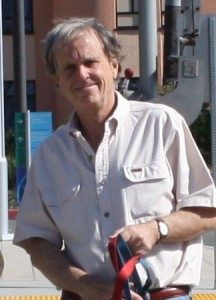 Former onsite creative writing student Guy Prevost keeps the publications coming! “Vermont Rocks,” a story of love, friendship, and lost illusions set in Hollywood in the mid-80’s recently appeared in The North Atlantic Review. “Intervention,” a speculative science fiction piece about a time-traveling alien on a mission to assassinate Hitler and Stalin in 1913 Vienna, was just published online in Quantum Realities.

Guy is a former student of short story instructor Paul Mandelbaum and says, “Paul’s class and his creative suggestions were key to the development of Vermont Rocks. He is that rare combination: a gifted writer and an inspired teacher.”