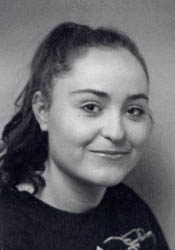 Screenwriting student Sonja Adema’s 30 Rock spec, “Match.com,” placed as a Semifinalist in the 2011 Scriptapalooza TV Writing Competition! The script was developed in Lisa Rosenthal‘s online course, Writing the Half-Hour Comedy. “Lisa created a supportive writer’s room environment and encouraged us to be the best we could be. I’m thrilled with the result,” Sonja shares.

“There isn’t a writing program like the Wp’ in the entire world. I feel very lucky to have worked with instructors Lisa Rosenthal, Erica Byrne, Karl Iglesias, Bill Taub, Barney Lichtenstein, and others. They’ve given me the tools to make it as a screenwriter.”