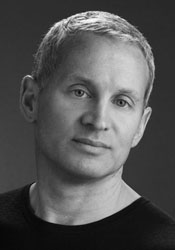 David Rocklin’s debut novel, The Luminist, was recently released. The book is set in colonial India and follows a Victorian woman and her young Tamil Indian servant, and features a forward by author Jacqueline Mitchard. Publisher’s Weekly states, “Rocklin’s debut novel… is beautifully written, especially the scenes where Eligius works with Catherine in her experiments… if Rocklin plays to his strengths, he will be a writer to watch.”

David worked on his book as a Master Class in Novel Writing student and says, “That workshop guided me through the course of writing, deconstructing and revising my work. I greatly enjoyed the other writers in the group—we became pretty good mediators of the natural tensions that can surface when one’s writing is read to others and critiqued. Following this workshop, I began another novel, making use of all that I’d learned.”

Congratulations on your publication, David! Thanks for updating us and we look forward to your continued success.