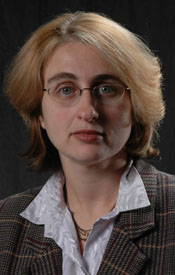 Jacqui Lipton’s piece The End, a flash fiction story about a family coping with the imminent death of a terminally ill mother, won the October 2011 WritersType.com Flash Fiction award. First Kiss, Jacqui’s flash fiction story about a young mother’s relationship with her newborn daughter, is soon to be published in The Daily Flash: 366 Days of Flash Fiction (Pill Hill Press, 2012). Thirdly, Jacqui’s story Arwon, which deals with a post-apocalyptic world in which men have created robots, has been accepted for publication in Black Petals, a Horror/Sci-Fi magazine.

Jacqui worked on all three pieces with Writers’ Program instructor Tantra Bensko. Jacqui writes, “Tantra has been a great help and support and has really challenged me to push the boundaries of my writing even in the flash fiction context. My classmates in the course have also been terrifically supportive and encouraging and challenged me to look at these pieces from different perspectives and rework them accordingly.”