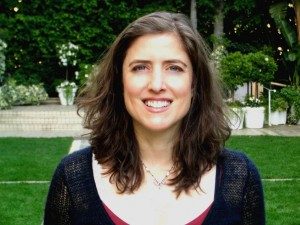 Writers’ Program student Lisa Kors was accepted into The Producer’s Guild of America’s Diversity Workshop on the strength of her script, Little Miss Fix-it.

Little Miss Fix-It is described as a “multi-cam half-hour family comedy about the struggles of a handywoman on Martha’s Vineyard who must work alongside the people who annoy her the most – her eccentric family and crazy tourists – in order to revive her Aunt’s failing historic inn.”

Lisa thanks Writers’ Program instructor Bill Taub for her success. She says, “I took Bill’s online television spec pilot class and it was simply incredible. Bill broke down the steps involved in an often challenging, creative process into easy-to-follow weekly assignments. His feedback was insightful and always inspiring, as were the notes from my fellow classmates. It was an amazing class and having it online was an added bonus.”