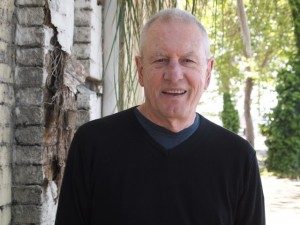 In “MGA,” Baty describes, returning main character Ray Connor “gets more than he bargained for. A mobster hires him to find a vintage MGA for his girlfriend. Connor finds the car, but then it disappears along with the girlfriend, and the washed-up quarterback who sold it to her turns up dead. Now the mobster is squeezing him to find his girlfriend, and the cops want to know what Connor’s prints are doing on the murder weapon.”

Baty says, “I took one class in the Writers’ Program when I first began working on the series, and I was fortunate enough to have Lynn Hightower as my instructor. Her insight, enthusiasm and support just as I started out inspired me to keep going, and now both books have been published. I couldn’t have done it without her.”