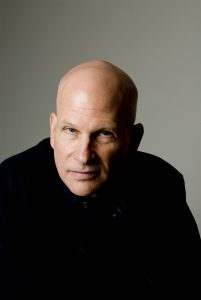 If you’ve been wondering what makes a protagonist really stick in a readers’ mind, look no further than Wp’ instructor David Corbett‘s winter quarter class, The Outer Limits of Inner Life: Building Consistent but Surprising Characters (Online). We all have a favorite protagonist from a novel, short story or movie—and David has a wealth of insight to offer about what it takes to create a well-rounded and effective character. This course will help you build characters that not only drive your story, but leave an impression on your reader as well!

Writers’ Program: We are thrilled that you’re reviving your course The Outer Limits of Inner Life: Building Consistent but Surprising Characters (Online) this winter 2013. What can students look forward to learning in this course?

David Corbett: I take students through the entire process of characterization—from conceiving the character; to developing her physical, psychological, and sociological makeup; to understanding her role in the context of the story; to creating the scenes and dialog that will bring her to life on the page. We’ll explore how to plumb one’s own emotional history to develop an intuitive bond with the character’s inner life. And, finally, at every stage of the process, I’ll emphasize the importance of scenes—not information—in creating truly lifelike, engaging, and well-rounded characters.

Wp’: Our students may be asking why they should take a course focused only on character building. Why are characters so important in storytelling?

DC: Henry James remarked: “What is character but the determination of incident? What is incident but the elucidation of character?” Separating plot from character is a fool’s errand. Without understanding the protagonist and the antagonist—their core desires and beliefs, their vulnerabilities and contradictions, the ways of life they intend to defend and the values they live by—the conflict at the heart of the story will seem half-realized and insipid. Stories emerge from something happening to someone. If you fail to understand why it happened and why its impact is so profound to that particular individual, the story has nowhere to go. You can start with a story idea, but it will remain just that—an idea—until you create the characters that can make it emotionally compelling and true.

Wp’: Your course is open to students with a completed novel chapter, a short story, or a film treatment. How do students workshop with such diverse writing projects?

DC: By focusing on character, and the story that emerges from the exploration of character. Once you understand what a character wants and fears and why, you have the dramatic machine that creates the story. But without that exploration, you have at best an intriguing chess match, with pieces on a playing board, not true-to-life characters.

Wp’: If you have one tip for students struggling with character, what would it be?

DC: I don’t have one single tip, but I do emphasize five considerations over all others.

1) The character must want something and want it profoundly, even if she doesn’t recognize that fact at first.

2) The character has a certain way of reacting when her desires are thwarted—what is it? Will that change as the story proceeds?

3) What makes the character vulnerable?

4) What secrets does the character have?

5) What contradictions does the character exhibit?

Wp’: Do you have a favorite character from a novel or film? What makes the character compelling to you?

DC: Blanche Dubois is one of the most fascinating, extravagant, complex, and contradictory characters in all of literature. Following my analysis from the preceding answer:

1) Desire: Blanche has come to New Orleans to find her sister, Stella. Having lost her own home, Blanche needs Stella to take her in.

2) Reaction to the thwarting of her desire: Blanche drinks, scapegoats, guilt-trips her sister, all as a way to deny the core recognition that the culprit for her ruin is herself.

3) Vulnerability: Blanche has lost the family home and now has nowhere to stay. She is desperate, guilty, and ashamed. Her reality is so pitiless she vanishes into drink and a preference for “mystery and moonlight.”

4) Secret: Blanche lost the family home not because of understandable money troubles—she was living on a teacher’s salary—but because through drink and illicit sexual liaisons she became so emotionally and physically dissipated she lost hold of the rude realities of her life.

5) Contradictions: Blanche is desperate and weak, hopelessly vain, with an alcoholic’s capacity for denial and delusion—but she is also fiercely proud and resourceful and savagely intelligent—a southern belle with a backbone of steel.

Learn how to make your characters as consistent and surprising as possible. Registration for winter quarter classes begins on November 5th at uclaextension.edu.

Alicia Wheeler is the Program Assistant for Creative Writing Online.