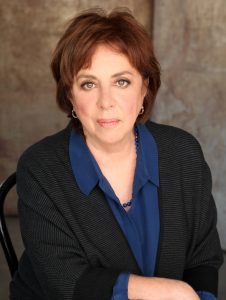 This week, Writers’ Program instructor Les Plesko interviews student Stephanie Kegan about her book, The Myth of Solid Ground, scheduled for release next summer by the Free Press.

Les Plesko: Give us a sense of what the story is about.

Stephanie Kegan: The story is based loosely on the Unabomber case of the 1990s. The protagonist is an everyday woman who discovers that her gifted but erratic older brother might be responsible for a series of deadly bombings that target California universities. When her brother is arrested, her life collapses overnight. She is forced to make decisions that pit her loyalty to original family against her duty to her husband and children. She also has to confront the truth about her past.

LP: Did you do any research for the book?

SK: I did quite a bit along the way. Obviously, I researched the Unabomber case and the issues surrounding his trial—chiefly the conflicts imposed on our justice system when the defendant is both a terrorist and insane. But this is also a family story, so I did a lot of reading on mental illness and how families can deny the illness in their midst. On another track, the book touches on the loss of the California dream. The fictional father in the book was one of the architects of the Master Plan for Higher Education in California, so I had to get my state history right.

LP: The story carries quite an emotional wallop. How did writing it affect you?

SK: In the early drafts, in particular, I found myself getting really upset over some of the material. It’s painful to open yourself up to how fragile even the most seemingly secure life can be and to face your own fears of losing what matters to you most. I wondered why I was sitting down every day and doing that to myself.

LP: How long did it take you to write the novel?

SK: I think the simple answer is that it’s hard to learn how to write a decent novel, especially one that is multi-layered and aims to be literary. At least it was for me.

LP: You started the book in the UCLA Extension Writers’ Program Master Class in Novel Writing. Can you tell me something about that experience?

SK: I actually got started on the book in your Novel III class. I figured that a weekly class would give me the structure and support I needed to get rolling. I planned to take just the one course but it turned out to be so helpful that I continued with Novel IV and V, and then the Master Class. Although the quarter-long classes were all great, I found being able to work on the draft for nine straight months with just seven other students invaluable.

LP: Have you taken other writing classes through Extension?

SK: Yes, a number of them over the years. The first writing course I ever took was at UCLA Extension. I was out of college, living in Venice Beach, working as a waitress and trying to write short stories. I had no idea what I was doing, and being a real writer seemed as remote as being a movie star. I took an Extension class on the short story where we were supposed to write one short story and get critiqued after we read it aloud to the class. There must have been 25 people in the class, and I was sure every one of them was a better writer than I was. I was so terrified that I waited until the last class to read mine. My voice shook and I was afraid my knees were going to buckle. But I got great feedback on the story. I still remember how I felt on the bus ride home (my car, as usual, was broken down), that my dream of being writer wasn’t just a ridiculous fantasy. It was possible that I could really do it.

LP: Do you have any tips for aspiring writers?

SK: I really think it’s important to learn how to take constructive criticism of your work. Getting defensive is a hard habit to break, but I do think you have to force yourself to listen to what your critics are trying to tell you. Then you can evaluate their comments after you’ve permitted yourself to hear them. Also be generous to your fellow writers. Most of us don’t have any money, so our generosity is all we have to give. Then just keep on keeping on.