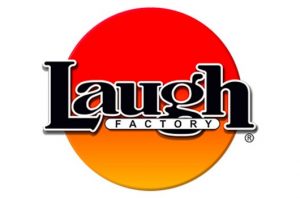 Veteran television writer and longtime Writers’ Program instructor, Bill Taub, is currently seeking short-form projects to develop for the Laugh Factory’s upcoming web channel. Read on to learn how the idea originated and how you can submit your own web series pitch!

Writers’ Program: You’ve had a long career working as a television writer on many successful shows, but your credits contain less comedy than other genres. Do you actually prefer writing for laughs?

Bill Taub: What most people don’t know about me is that I started in comedy—Barney Miller being my break-in show, then Newhart—and that’s where I wanted to be. Comedy is my natural bent, but when the sitcoms dried up in the ’80s, I turned my comedy instincts to the hour action-comedies and the like. Even the series I did in Canada, Relic Hunter, was really a female Indiana Jones and played for a lot of comedy. Since I’ve worked on both sides of the street, I’ve come to understand that it’s all about process. Being a good episodic writer is about being a good mimic.

Wp’: How did you originally get involved with the Laugh Factory and how has your role evolved over the years?

BT: My association with the Laugh Factory started before there was a Laugh Factory. In the late ‘70s I was taking a comedy workshop with an old-timer named Ernie Glucksman, who introduced me to Jamie Masada, who was looking for somebody to write a pilot script with. We’ve been friends and colleagues ever since. I was in on the ground floor of the Laugh Factory, literally when it was just a ground floor. I consider myself a utility infielder and have never been a full-time employee. Whenever there was something for me to get involved with, or if Jamie needed my help, I would do it. The highlight of that association until now has been the Laugh Factory Magazine, which Jamie started in the late ‘80s, and for which he asked me to be Executive Editor. My advertising experience helped. I never worked harder, had more fun (and earned less), but it was an experience I wouldn’t trade for a moment. I’ve helped him open other clubs, worked with him on various industry functions and fund-raisers, managed a few comedians of my own, and now, I’m involved with new media programming, which is where I feel the future lies.

Wp’: What inspired the idea to create a web channel for the Laugh Factory?

BT: I’ve been an early advocate of the internet as our future, in terms of multi-media projects and the like, and also distance learning (which is why I do my “Writing the Spec Pilot” course online). I love technology and have been encouraging Jamie to go in that direction for years, even just starting with a dedicated website. So when certain aspects and a tech guru, Lance Koerners (formerly from Intel), came along, Jamie jumped at [the opportunity] and approached me to see if I would help develop the original programming, which will supplement the extensive stand-up library they have. I truly believe cyberspace will build the brand beyond the brick and mortar clubs, and give us tremendous creative latitude [compared to] old media.

Wp’: Could you describe the type of content we should expect to see on the channel (i.e. what you’re looking to develop)?

The Laugh Factory is and always will be best known for stand-up, so the channel will reflect that. They have been recording every act for years, so they have a substantial library to package in all sorts of ways, targeting different demographics based on the metadata that is gathered, but that’s not enough. We need an “original” component on top of the archives, which is what we’ll be looking for. “Funny or Die” type pieces in terms of length, but rather than just uploading whatever anybody submits, we will control and develop the content we’re interested in while it’s being produced. In terms of what I’m looking for, as Jamie says, “Anything that’s funny.” Obviously, that’s totally subjective, so I apologize in advance.

As those who take my pilot class know, I look for things that are unique, that break the rules, that are daring and have a high concept that can capture attention with their innate originality and outrageousness. You’ve got to shout to be heard in this environment. And we’ll be looking for things that have series potential, not just one-offs. Whether it be a teaser, a pitch, whatever—we prefer more than just the written word (which is definitely acceptable). The first order of business is to see things that are a little further along that will not be hard to go out and shoot.

Wp’: So if our students want to create (or pitch) a project, what’s the best way for them to contact you?

An initial contact by e-mail works best: Bill@laughfactory.com. I will take it from there. But I will also ask for a release just to protect everybody. Nobody knows where this can lead, but as I tell my class, the key to coming up with a series is knowing you’ve struck a mine. You just don’t know how deep and far it goes, so keep digging.