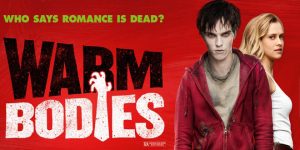 This spring, Writers’ Program instructor Billy Mernit will be imparting his expertise on the genre that never dies. Read what Billy has to say about the current state of the romantic comedy and how it’s being reinvigorated by new talent and societal shifts.

Writers’ Program: Some writers and audiences today say the romantic comedy is dead. Truth or misconception?

Billy Mernit: I do think it’s a misconception – especially given the fact that Jennifer Lawrence just won an Oscar for Silver Linings Playbook (which received other nominations as well, including one for Best Picture), and that’s a romantic comedy, a very good and popular one. Warm Bodies—a zombie rom-com—has been one of the big successes of 2013, so far. And every studio in town is still developing romantic comedies.

Here’s the thing: A certain kind of romantic comedy, one that I call the “Career Girl Gets Alpha Guy” story, has definitely run its course, in terms of public interest. The formulaic, studio-manufactured, female POV programmer starring Reese Witherspoon, J-Lo, Cameron Diaz, Katherine Heigl or another one of the usual suspects – peaked in the late ’90s and then ran out of steam in this past decade. We [the audience] got tired of it because it was so slavishly predictable and unimaginative. I define a romantic comedy as a movie, primarily comedic, in which the central question posed by the story (and resolved by the ending) is: Will these two people become (or remain) a couple? By this standard, many movies that most people don’t think of as “romantic comedies” are nonetheless rom-coms, and they continue to do well and to find an audience. Wes Anderson’s Moonrise Kingdom (another 2013 Oscar nomination, for Best Screenplay) is totally a romantic comedy, as were movies like Lost in Translation and Eternal Sunshine of the Spotless Mind. People will always want to see funny love stories. What we’re starting to see more of, I’m happy to say, are more imaginative approaches to how such stories can play out, and in what intriguing milieus.

Wp’: When it comes to the romantic comedy, you wrote the book on it – literally. When did your fascination with the genre start and what made you want to specialize in it?

BM: I always had a romantic bent, I guess, and I like to laugh. I was a big fan of the great screwballs when I was a pre-teen (i.e. Bringing Up Baby, His Girl Friday, The Lady Eve, etc.), and later on fell in love with Woody Allen in his early peak years. I published 20 romance novels under a nom de plume in the ’80s, often using my favorite screwballs as plot models, which gave me a good working knowledge of how the form works, and the first spec I got optioned, when I moved out here in ’91, was a romantic comedy. So when I started teaching at the Writers’ Program, I thought it would be fun to teach a course in the form. There was no book specifically speaking to rom-coms in print, and in truth, after that first course, my students said, “Hey! Why don’t you write one?” So I did.

Wp’: In addition to being an instructor, script consultant, and writer yourself, you’re also a story analyst for Universal Studios. Could you explain to our readers exactly what a story analyst does and how this influences how you teach?

BM: I don’t know if this is true of every studio in town, but at Universal, story analysts have a dual function. We read the spec scripts submitted to executives, and do coverage on them, and – this is the more fun part – we also do notes on studio projects. If I’m the reader of record on a spec that gets bought, I then do notes on each of the subsequent drafts of that project, all the way into production. The influence on my courses and teaching is that it keeps me in touch with what’s going on in the industry on a daily basis. So when I’m talking about story, or characterization, or screenplay format, et al, I’m not theorizing about stuff. I’m reporting on what’s actually true of the market place and the current aesthetic.

Wp’: What can students expect from your upcoming course?

BM: I think you have to know what came before you as well as what’s going on today, so I’ll be teaching the form as it’s been, as well as what it may be evolving into, in the current market. That said, my emphasis these days is on: How has the form’s sensibility shifted? What’s different about romantic comedies in the two thousand-teens? What’s going to resonate with your contemporaries, right now? It’s definitely harder to write a great and appealing romantic comedy in a moment where all bets seem to be off in the current dating game, i.e. do people really even date? Do they expect to get married – and if so, only once? Gender issues and romantic confusion are making sex and romance all the more complicated in the present day, so what is a true happy ending to a rom-com now? That’s a challenge I want my students to acknowledge and deal with. Let’s up everyone’s game, eh?

Wp’: On a personal note, what is the one romantic comedy you would save in a fire?

BM: Good grief, I can only have one?! My impulse is to pick Annie Hall, since it’s one of the most original movies ever made, period, and it’s so unique, yet so influential as a romantic comedy, that in a sense, you’ve got the whole genre there in one beautiful package. But I’ll cheat by saying that if I could have a hybrid (i.e. a high concept/rom-com) as well, I’d opt for Groundhog Day. That’s a romantic comedy you can watch over, and over, and over again (ba-da-bum).

Billy is teaching Writing the Romantic Comedy this spring, starting April 8. Enroll online or by calling (310) 825-9971.

His further musings can also be found on his blog, Living the Romantic Comedy, which will be 8 years old this June.