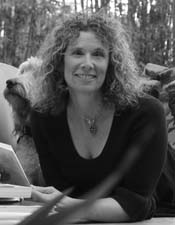 Erica Jamieson has had a great year. In 2012 she was awarded the Gypsy Sachet Award in Letters and Biography from Fiction Fix, and her winning cover letter will be published in the fall 2013 issue. Then, her story “Coffee Riders” was accepted for publication in Spittoon (March 1 issue). If that wasn’t exciting enough, another of her stories, “What Remains of Etta,” was published in Lilith Magazine (Spring 2013) and “Hope Like Blue Skies” will be published in R.kv.r.y Quarterly Literary Journal in October.

Erica says her Writers’ Program classes taught her essential craft elements and have helped her stick with it. “If the UCLA Extension Writers’ Program gave out awards for longevity and perseverance, I think I would be a significant candidate. I learned to trust my instinct in a memoir writing class with Barbara Abercrombie, the structure of a novel with Susan Taylor Chehak, and most recently, the art of short story with Paul Mandelbaum. In every class I’ve taken at the Writers’ Program, I’ve found some remarkable gem that has enlightened my writing and kept me at it!”