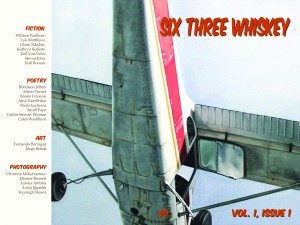 Says Chris, “Six Three Whiskey exists in large part because of the people and connections at the UCLA Extension Writers’ Program. When I returned to L.A. after a decade in the Bay Area, two classes at the Writers’ Program provided not just creative fodder but access to L.A.’s best writers and a community that’s second to none. Without the assistance of dedicated, passionate instructors like Lou Mathews, it’s likely that one of the most exciting new lit journals would have remained a dream.”