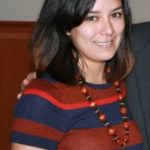 Darri Farr, Writers’ Program student and second place winner at last year’s Kirkwood Awards, has been awarded the James A. Michener Fellowship to pursue her MFA at the Michener Center for Writers at the University of Texas at Austin. The highly competitive fellowships are awarded to only twelve students out of the nearly 1000 applications they receive each year.

We are incredibly proud of Darri, who was nominated for the Kirkwood Award by Lou Mathews after taking two of his advanced short story workshops. As Lou puts it, “Darri has a golden ear. Some writers can only replicate human speech. Some writers select words and sound the way that good musicians do, to create scenes you not only read, but hear, with pleasure and recognition. Darri has that gift and it will take her a long way.”

Darri credits the Writers’ Program with giving her the structure and community to support her writing: “I wrote the story I included in my portfolio while I was in Lou Mathews’ class, workshopped it over the next three years with people I met through the Writers’ Program, and I met all three of my recommenders through the program. So there’s literally no way I would have been able to get into the Michener program without having participated in the WP.”

As for her fellow writers, “The people I met through the Writers’ Program are some of the best readers, writers, and teachers I’ve ever encountered. After class ended, we continued to read one another’s work, go to readings together, discuss books over drinks–you can find a real community of smart, passionate, talented people through the WP.”