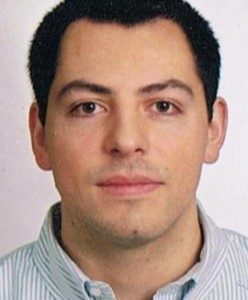 Pablo Unda, who teaches television writing at the Universidad de Chile Film and TV School, was awarded a scholarship from the Chilean state to study at UCLA Extension, and it’s already paying off big time.

Three weeks ago, the show that Pablo created and executive produces, “Centro de Alumnos” (“Student Council”), premiered in Chile. Pablo describes it as a sitcom for kids that revolves around “an eclectic school government and its desperate attempts to fulfill the list of a thousand promises they made to their fellow students during the election campaign.”

He is also creating and executive producing a TV drama with international production company Endemol and working with a team of writers to adapt “The Golden Girls” for Chilean television.

Says Pablo, “I am especially grateful for instructor Joel Thompson and his class Beginning Writing for the 1-Hour Spec Drama: Building the Story and the Outline, which has been very helpful in writing the argument and the outlines of the first season of the TV drama.”

We’re so happy for Pablo and can’t wait to see what he does next!