The UCLA Extension Certificate Graduation Ceremony took place June 27, 2014 at Royce Hall where an estimated 700 students were recognized for their achievement (around 2,000 graduate each year). Last year, Writers’ Program highlighted Jane Graham for her completion of a Certificate in Creative Nonfiction and this year we are showcasing two students who have finished Certificates in Feature Film Writing—Giulia Steigerwalt and Marcy Kelly. Read below to learn more about their experiences with the program and congratulations to both!

Writers’ Program: How did you like the graduation ceremony? 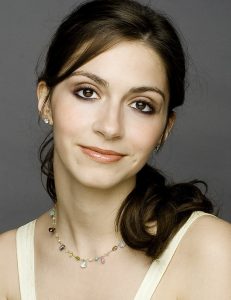 Giulia Steigerwalt: Because I’m from Rome, Italy, it was my first experience in an American university. There’s a different flavor and a strong sense of community that I really appreciate. I love the idea that at any age you can decide to change your life, go back to study and create a new career. This is what the UCLA Extension programs allow you to do—study while you work, and as a foreign student coming from a system where such opportunity doesn’t exist, I was truly impressed and fascinated.

WP: How did you first hear about the Writers’ Program and when did you decide to take courses?

Giulia: I first heard about UCLA Extension from friends who attended other courses. Then I did some research and was surprised to find out about the high number of writing classes offered at Extension. People spoke highly about the teachers so I decided to come to Los Angeles to attend some courses, found them very interesting and helpful, and then decided to enroll in the Certificate in Feature Film Writing. 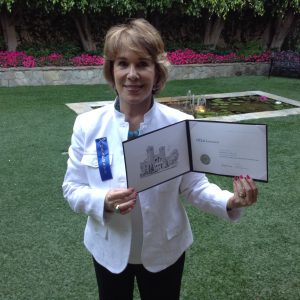 Marcy: I originally took courses in fiction writing because I considered screenwriting out of my reach. In fact, I pursued an MFA in creative writing with the idea of publishing a book of short stories. Afterwards, the pull of the silver screen was still strong, so I optioned a book and wrote my first script with a partner. It was then that I started taking classes in feature film writing.

WP: What was your experience at the Writers’ Program like?

Giulia: It was a very positive experience. I made some good friends that I regularly keep in touch with and exchange material to give each other feedback on what we write. I also met incredible instructors that changed my vision of the writing process and helped me understand the craft and techniques you need to use together with your creativity.

Marcy: My experience was very positive. I took both online and onsite classes. The Master Class with Steve Mazur, an amazing teacher, was of particular help. I started with a brief synopsis and, over the course of nine months, with his guidance, developed a polished script.

WP: What made you decide to go for the certificate program, instead of just taking courses “a la carte”?

Marcy: About a year ago I noticed an ad in the catalog for the certificate program. I looked into it, learned I had already earned a lot of the necessary credits, and decided to go for it. I’m very glad I did.

WP: How has the Writers’ Program helped you reach your goals?

Giulia: This program gives students the techniques necessary to shape their ideas and feelings into stories and screenplays that actually make sense and are complete. There’s still a lot I need to learn, but this writing certificate definitely opened the way to a different approach that I find fundamental for a writer.

The other thing I really appreciate about the Writers’ Program is the sense of community you get while attending classes. The way classes are structured forces you to share your writing. The more I started to bring in scenes or ideas that were read out loud in class, the more I realized this is a great thing to do as a writer. No one was ever judgmental; I only got helpful feedback. Of course, I was also able to give my own feedback to other writers and for me it was a great experience. Now that I’m done with the certificate I know I will keep looking for writing groups and writers to share my work with.

Marcy: The Writers’ Program has given me the tools to be a better screenwriter, and the confidence to aim for my goals. During the course of the program, I won a writing award, had a psychological thriller I co-wrote optioned by a studio, and joined the Writers Guild of America.

WP: What are you working on now?

Giulia: While attending the Writers’ Program I finished a screenplay and started to write a new one, which I’m currently working on. I also published a novel in Italy that I’m now trying to get published in the US. I also wrote a screenplay that got European funding and wrote an independent feature film that was produced in Italy.

Marcy: At present I’m working on a rewrite of the thriller script. After that, I have several more projects waiting in the wings. And, I’ve just signed up for an UCLA Extension class in film production.

Congratulations to Marcy, Giulia and all Writers’ Program Certificate students who graduated! Click here if you are interested in exploring a certificate program as well or call our main line at 310-825-9415 to speak with an advisor!

Carla Janas is the Assistant to the Director. Write to her a cjanas@uclaextension.edu.