The Writers’ Program is proud to host Blind at AFI FEST 2014. Blind, a film from Norway and the Netherlands, and directed by Eskil Bogt, made its festival debut at the Sundance Film Festival where it won a screenwriting award for World Cinema in the Dramatic category. Blind is the story of a woman named Ingrid who, having recently lost her sight, “retreats to the safety of her home – a place where she can feel in control, alone with her husband and her thoughts. But Ingrid’s real problems lie within, not beyond the walls of her apartment, and her deepest fears and repressed fantasies soon take over.” 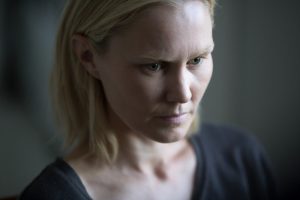 AFI FEST runs from November 6 -13 and the tickets for all regular screenings are FREE. In fact, AFI FEST is the only film festival of international stature that’s free to the public. Screenings are held at the Dolby Theatre, TCL Chinese 6 Theatres, the Egyptian Theatre, and the Hollywood Roosevelt Hotel.

Reserve your free tickets now at AFI.com! For priority access to galas, regular screenings and the cinema lounge, Express Passes and Patron packages are available for purchase.