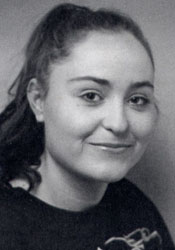 Sonja Adema (who we’ve featured before here and here), a graduate of the Certificate Programs in Feature Film Writing and Television Writing, has won the Silver Prize in the Television Spec Script category of this year’s Hollywood Screenplay Contest for her Modern Family spec script “Kissing Cousins.” She was also named a finalist in the 2014 Creative World Awards Screenwriting Contest for her Newsroom spec “Sede Vacante” and spec pilot The Royals.

“The classes at the Writers’ Program were amazing,” says Sonja. “I especially enjoyed the television writing classes with Erica Byrne, Lisa Rosenthal and Bill Taub, and working one-on-one with Julie and David Chambers in the script consultation was invaluable to me. Not only did the Writers’ Program teach me the craft of film and television writing, it also gave me the discipline and confidence to continue writing and develop new material. I’m very grateful for that.”

Congratulations, Sonja! We can’t wait to hear what you do next.