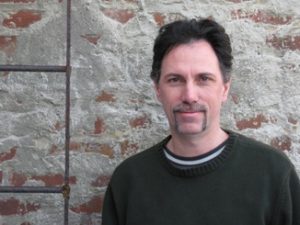 Paul Witcover may be a new instructor for the Writers’ Program, but he’s far from being a newcomer in the science fiction and fantasy realm of published writers and teachers. As the author of six novels – The Watchman of Eternity comes out in the UK in May 2015! – Paul is living proof that success will follow those who never give up on the stories that beg to be written. Paul’s background is in fiction, non-fiction, television, and critical essays, and his work has been published in SciFiction, Asimov’s Science Fiction Magazine, Twilight Zone, Realms of Fantasy Magazine, and The New York Review of Science Fiction. Clearly, he has what it takes to create an expansive course to help all you would-be fantasy writers get your stories down on paper.

Read our interview below to learn more about Paul’s passion for all-things science fiction and fantasy.

Writers’ Program: Congratulations on your new novel, The Watchman of Eternity, coming out soon! What drew you to create Daniel Quare’s world and what do you have to say about the whole experience of writing, editing, and publishing this particular novel?

Paul Witcover: Both novels are set in 1759 — the so-called Year of Miracles, when the English decisively turned the tide against the French in the Seven Years’ War. My books — there’s a third on the way, titled Year of Miracles by some coincidence; yes, it’s a trilogy! — incorporate fantastic elements into the historical: a war in what might be heaven, featuring angels who are not fallen but risen, and whose leader may or may not mean to destroy this creation and replace it with another more to his liking. Daniel Quare is a journeyman in England’s Worshipful Company of Clockmakers (which still exists today)–but he is also a member of a secret organization within that guild called the Regulators: men whose approach to time is more esoteric. Quare finds a strange pocket watch of the type commonly known as a hunter, and this watch, which has properties indistinguishable from magic, and appetites for more than the mere measurement of time, sends him on an increasingly bizarre and dangerous adventure.

This trilogy — called The Productions of Time — began as a novella I wrote way back in the 80s and never published. It kept nagging at me over the years, until finally I decided to do something about it! My publisher is Transworld in the UK–they have been a delight to work with.

WP’: What inspired your love for science fiction and fantasy? How did your immersion into these genres build your niche as a published writer?

PW: I’ve always been drawn to speculative fiction, from an early love of comic books to Alice in Wonderland to the novels of Edgar Rice Burroughs, Andre Norton, and Asimov. It’s a matter of taste — why does one person like pickles and another does not? Certainly my love of this genre and persistence in it has allowed me to build a career as a writer, editor, and teacher, for which I am grateful. The speculative fiction community is more expansive than it was in my younger days but it remains a welcoming and supportive world, for the most part.

WP’: What is the most common misconception about fantasy, science fiction, and horror that you would like to clear up once and for all? What is your favorite aspect of writing speculative fiction?

PW: These days, when speculative fiction has pretty much conquered popular culture, and even stormed the ramparts of high literary culture, I feel it’s more useless than ever to complain about misconceptions. “Don’t complain, don’t explain,” as Raymond Carver and others have said. What I enjoy about it is the freedom to follow one’s imagination wherever it goes, and the play involved in working out systems of narrative structure and world-building.

WP’: What advice to you have for prospective students who are interested in taking your Spring 2015 Writing Fantasy course?

PW: My advice is simple: jump in and have fun. One more thing: it’s not enough to watch movies. If you want to write speculative fiction and are serious about it, you have to read widely in the field, past and present . . . and also beyond the increasingly porous boundaries of the genre.

What I hope to give my students is a heightened sense of the possibilities of fantasy, and to make them more aware, in a very basic way, of the words they are putting on the page when they write.

There you have it! Sign up for Paul’s Writing Fantasy class and learn how to capture your unique fantastical world on paper.