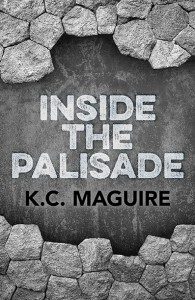 Online Certificate in Fiction Writing graduate Jacqui Lipton has had an incredible year. After completing her certificate program last year, she was accepted into MFA program in Writing for Children and Young Adults at Vermont College of Fine Arts. In addition, her YA novel, Inside the Palisade (written as K.C. Maguire) will be published by Lodestone Books in August. Jacqui’s short stories and flash fiction have also won awards at Writers Type and Delta Women Magazine, and two of her novel manuscripts were shortlisted in the young adult and children’s fiction category in the spring and fall 2014 Houston Writers’ Guild contests.

“The support and encouragement I received throughout my time at the Writers’ Program was amazing,” Jacqui says. “I live on the other side of the country and while I was concerned that I wouldn’t get the benefits of the immediacy of the classroom, the set-up for online learning at UCLA Extension more than made up for it. I really got to know my classmates and instructors, and have kept in touch with many of them since graduating. I had the chance to work with leading authors like Alyx Dellamonica, Caroline Leavitt, Jessica Barksdale Inclan, and Robert Eversz among many others. Not only were they all great teachers, but they have become great friends and supporters and I can always turn to them for advice and support.”