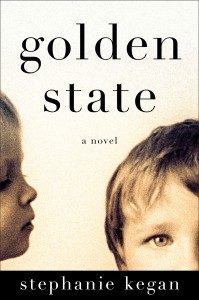 Former student Stephanie Kegan’s novel, Golden State, was recently published by Simon & Schuster! As Stephanie describes, Golden State tells the story of “a California woman whose happy suburban life collapses overnight when she discovers her adored older brother may be responsible for a string of deadly terrorist attacks throughout the state.”

Like many students over the years, Stephanie studied with one of the Writers’ Program’s most beloved instructors. “I really owe my novel to the Writers’ Program and the brilliant mentoring of the late Les Plesko. I got going on the book in the Novel III class with Les, and continued on with him through Novel IV and V and the Master Class.”

Congratulations, Stephanie! We know Les would be proud.

IIf you have a success story, we want to hear about it! Write to writers@uclaextension.edu.