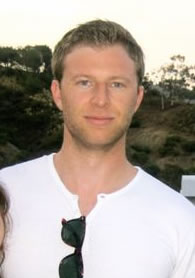 After working as a writers’ assistant for a few years, Master Class in Half-Hour Comedy Pilot Writing alum David Budin landed a staff writer position on Netflix’s Grace & Frankie. David says he recommends the Writers’ Program classes to all aspiring professional television writers. “You don’t need to go to film school to be a writer, but you do need to write (a lot) and to be around other writers. These classes are a great way to plug into the community, and to get feedback from both seasoned vets and your peers.”