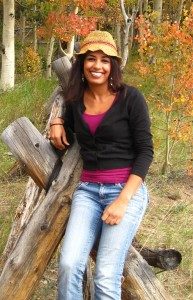 Frequent Writers’ Program Success Story Mariya Taher has had a great year. In April, The Blue Minaret republished her story “American Daughters,” which she wrote in David Borofka’s The Art of the Short Story: Advanced Workshop (Online). The story was also a finalist for the 2015 Editor’s Reprint Award at Sequestrum Literary Magazine. Then, on May 25, Flexible Persona published her story, “An Addict’s Tale,” which she also wrote in a Writers’ Program class. And the icing on Mariya’s 2015 cake? On August 3, Cecile’s Writers published another of her stories, “Stung.”

Mariya thanks the WP for preparing her for the literary world. “If it hadn’t been for the Writers’ Program, I don’t think I would be in the position I am today. I’m still a fledgling writer, but I’m proud of what I’ve achieved up to this point. I’m in my third semester at the MFA Creative Writing Program at Lesley University and I’ve had a few short stories published. The Writers’ Program gave me the determination and the basic tools needed to develop my writing abilities further, and I’ll always be grateful for that.”