Join us at AFI FEST!

The Writers’ Program is proud to host Bob and the Trees at AFI FEST 2015. Bob and the Trees, an American feature film directed by Diego Ongaro, is the story of a middle-aged logger who gambles his personal and professional livelihood on harvesting an unyielding piece of land. Pushed into an uncharted emotional terrain, Bob and the Trees is, “…a film of rare honesty, a true rendering of the small moments that make up a life, of the daily joy of tending to livestock, of work anecdotes told around the dinner table, of booze-soaked camaraderie and barroom standoffs, of the welcome warmth of a midday kaffeeklatsch.” 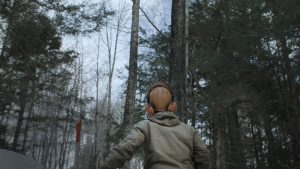 AFI FEST runs from November 5-12 and the tickets for all regular screenings are FREE. In fact, AFI FEST is the only film festival of international stature that’s free to the public. Screenings are held at the Dolby Theatre, TCL Chinese 6 Theatres, the Egyptian Theatre, and the Hollywood Roosevelt Hotel.

Reserve your free tickets now at AFI.com! For priority access to galas, regular screenings and the cinema lounge, Express Passes and Patron packages are available for purchase.