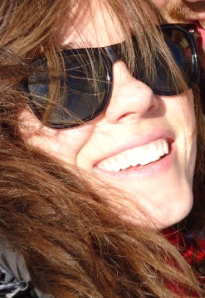 Television Writing Certificate alum Tracey McClain got the opportunity of a lifetime when she was hired as a writing assistant on the new CBS series The Inspectors, a procedural based on real life crimes solved by the United States Postal Inspection Service. Tracey landed the job after asking her instructor Phil Kellard, a creative consultant on the show, if he knew of anyone who needed a writing assistant. Months later, he called to offer her the Inspectors gig. She is thrilled, not only to have the experience of being in a writer’s room, but also because she had the opportunity to write the episode “No Good Deed.” “UCLA Extension has been a tremendous resource to me,” Tracey says, “both in developing my writing skills and giving me the opportunity to meet people in the industry. Without the Writers’ Program and my instructor Phil Kellard, I wouldn’t have had this amazing opportunity and for both I am forever grateful.”