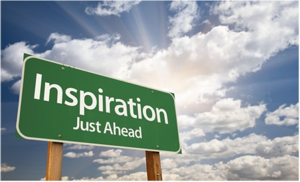 Last week, the Writers’ Program formally congratulated the top three winners in each of three categories in the UCLA Extension Screenplay Competition: Feature Film Writing, Television Spec Writing, and Television Pilot Writing. Having read all nine scripts, I came away in awe of this year’s subject matter – a hitchhiking musician, a family drama in the midst of World War II, monsters and magic, and the second coming of Christ – to name but a few. Naturally I couldn’t help but wonder what the inspiration was behind each winner’s script, so I decided to come right out and ask them.

Read on to discover the fascinating story behind each of the winning stories.

1st Place: Tim Drain, author of East of Western (a crime drama).
“I moved into a Koreatown apartment knowing nothing about LA other than its stereotypes. The neighborhood’s perfectly American mix of Koreans and Salvadorans, immigrants and native born, each striving and struggling in different ways, is such a source of conflict and potential that I was inspired to write East of Western.”

2nd Place: Roma K. Simons, author of Waiting at Hemmler’s Cafe (a drama).
“For many years I’ve been intrigued with the dilemma of one failing to ‘rise to the occasion’ in the face of crisis. Joseph Conrad’s Lord Jim comes to mind. Secondly, as a historian, I’ve always been interested in American social history during World War II. Therefore, I placed my heroine, Ruth, in mid-America during World War II, facing the consequences of her inability to rise to the occasion during a family crisis.”

3rd Place: Lucas Johnson-Yahraus, author of Dusty Road (a road movie).
“Dusty Road was inspired by the time I spent hitchhiking across the country, playing music in every dive along the way and living off the kindness of strangers until I got the chance to return the favor.

1st Place: Judy Bernardino, author of Veep: Mabel (a half-hour comedy).
“VEEP has one of the best ensembles in the history of television. Their banter is intelligent, quick, and their biting insults cut to the bone. And it’s hilarious! When I decided to write a half-hour I took my inspiration from these richly drawn, deeply flawed characters to create a scenario where their neuroses were firmly on display. Having a deeply flawed woman like Selina Meyer be the 1st woman president is such a rich playground for storytelling and comedy – her character inspired me to try to be as true to the spirit of the show as I could.”

2nd Place: Lesley Marshall, author Supernatural: Kill Bill & Ted (a one-hour drama).
“I’m a lifelong nerd with a particular soft spot for genre television. My favorite thing about genre shows is how rich and intricate their canon can become. With most shows you’re constrained by the real world, but with sci-fi and fantasy your imagination has no limits. And Supernatural has such a well-wrought canon of monsters and magic, how could I not want to play in that sandbox?”

3rd Place: Catherine Kelleher, author of Orange is the New Black: Like a Drug (a one-hour drama).
“The theme of addiction is something I’ve had close friends grapple with in their lives and I found the way it affects romantic relationship an interesting place to start with my spec script. With a show like Orange is the New Black, the challenges of addiction are front and center for many of the characters so I used my experiences and knowledge of this to inspire the storyline for my spec script Like a Drug.”

1st Place: Christina Strain, author of The Fox Sister (a one-hour drama).
“The Fox Sister is an adaptation of a web-comic I wrote of the same name. It’s so different though. The web-comic itself is a period piece set in Korea that’s loosely based on an old Korean folktale I grew up with. It’s unfortunately not particularly marketable for American TV so I basically treated the pilot like it was an exercise in adaptation. But because it was my intellectual property, I had a great time doing it because I was comfortable taking risks in how I changed it.”

2nd Place: Moisés Zamora, author of Second Coming (a one-hour drama).
“The perpetuation of violence and hate in the name of God inspired me to write Second Coming. I wanted to explore the premise of the return of Christ and what a deeply divided world would do if this new Messiah didn’t meet our expectations.”

3rd Place: Mike Anderson, author of Flawless Execution (a half-hour comedy).
“It’s based on a short play I wrote years ago, which in turn was inspired by Peter Barnes’ strange and wonderful play Red Noses and a childhood filled of Mel Brooks and the Marx Brothers.”

Thanks everyone and congratulations again! For our readers: be sure to pick up a copy of the December 11th issue of The Hollywood Reporter and check out the ad featuring all nine winners (on shelves now). In early 2016, the Wp’ will be undertaking more efforts to promote the achievements of these winners and chronicle their future successes!