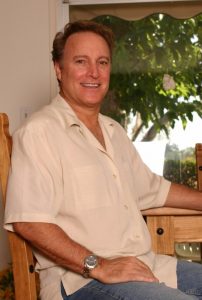 Writers’ Program has lost one of its most longstanding and dedicated screenwriting instructors. Ron Suppa died on January 5, 2016 after a long battle with multiple myeloma. “They always call it a battle and they’re understating it,” Ron wrote me recently, promising to call if he regained his voice. That call never came.

Ron joined the Writers’ Program via Jerry’s Deli in Encino. My former Program Manager Meryl Ginsberg rushed into the office one morning in 1988 to tell me she’d just met a Hollywood screenwriter/producer and thought he’d make a great teacher. She was having breakfast when the men in the next booth started talking about the industry, and before they left the restaurant, she cornered Ron and asked him if he’d ever thought about teaching. “He’s really smart, plus he’s handsome and drives a Jaguar,” she said. “Oh boy,” I said.

For close to 30 years and almost every quarter, Ron Suppa proved Meryl’s instinct right. A WGA member who produced and/or wrote ten feature films, including Paradise Alley and Riding the Edge, and authored Real Screenwriting Strategies and Stories from the Trenches, Ron was a mensch of a teacher. He was tough yet supportive; a former entertainment attorney and pragmatist who refused to portray the craft of screenwriting as requiring ineffable talent and unknowable technique. “The mystery that has evolved around the word ‘structure,’ for example, is just so much bunk,” Ron wrote. “All art has form and lends order to chaos, but if you can dance, you already know about pacing and rhythm.” Ron’s favorite course and the one he taught the most was Writing the First Screenplay I, the first in a four-part sequence that leads students through the step-by-step process of writing a full-length feature film. Ron loved to introduce students to the basics of story structure, character, plot, and scene—to teach them the “rules” of screenwriting, and Ron being Ron, the ways to break them creatively.

Beyond the traditional classroom, Ron was a fabulous asset to the Writers’ Program. When we took the WP’s screenwriting courses “on the road” to students in Chicago and other cities across the country, Ron was front and center. When we formed an Instructor Guidance Committee, Ron was among its first members. When we needed a charismatic speaker for Open House? Ron. Or when we sought a host for Screenwriters on Screenwriting, a series of interviews with big-name screenwriters? Ron. When he received the UCLA Extension Outstanding Instructor Award in Screenwriting, no one was surprised—not even Ron.

On a personal level, Ron and I were contemporaries who shared a particular and cherished bond. Single into our 40’s, both of us married and had families later in life, and indulged each other’s great pride and joy in our children. “We’re so lucky,” we’d inevitably say when our paths crossed or pictures were exchanged.

Ron, you wanted to teach students to create stories “rich in human behavior” in a supportive environment, and to “have a lot of laughs and make some good friends in the process”—and you did. We thank you and we miss you.