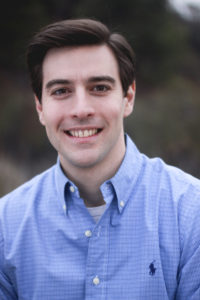 Writers’ Program instructor Andrew Knauer takes us back to high school with his script Senior Year, which made it onto the 2015 Blacklist:

It’s 1997 and the most popular cheerleader in high school has dreams of becoming prom queen, that is until she falls off the top of the pyramid and lands on her head, knocking herself into a coma. She wakes up 20 years later, in the present day, and decides to return to high school to claim her rightful place at the cool kid’s table.

Andrew, who teaches Writing the First Screenplay I and II, says that “the Writers’ Program has been a fantastic experience for me. I get to see these writers start with a basic idea and shape it into a well thought out, fully formed story. The process, much like the content, is never the same, but it’s always amazing to watch.”