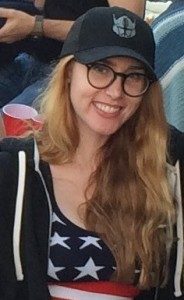 Sony Pictures has hired former Writers’ Program student Lindsey Beer to pen the upcoming live-action Barbie movie. We’re thrilled for Lindsey, who is sworn to secrecy about the script, but had this to share about her WP experience:

“The courses I took at the Writers’ Program were so helpful in teaching me screenplay structure and simple but crucial tools like how to rewrite. It was also such a nice way to feel a sense of community in this very solitary endeavor. Jim Staahl was especially great, not only with what he taught me about the craft, but with his general supportiveness about my prospects as a writer. He showed a great deal of kindness about my writing, which is not always one’s introduction to Hollywood.”