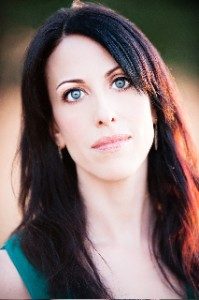 Ana Maria Montoya has been selected as one of four 2016 Latino Screenwriting Project Lab Fellows, and is headed to San Antonio to take part in the Sundance-sponsored 3-day workshop. Ana Maria, who won 2nd place in the 2011 UCLA Extension Feature Film Competition and who was selected as a semi-finalist in the 2012 Feature Film Competition, says her Writers’ Program courses propelled her writing forward. “I can’t overstate the significance of the UCLA Extension Writers’ Program for me in terms of gaining knowledge and forward momentum. In the certificate program, I studied with the gifted Chrysanthy Balis, Jim Staahl, and Karl Iglesias–and via the annual Writers Studio, with Steve Mazur, Michael Weiss, and Phil Kellard. Through my placement in the UCLA Extension Screenplay Competition, I also met John Schimmel, who was my mentor for the competition and who has remained my mentor and friend.”

Ana will workshop her script Sofie & Sam during the lab. Here’s the logline: After her assault goes viral, a cliquish 16 year-old turns to a misfit loner, her estranged childhood friend, to help her flee town—but not before committing an act that makes them fugitives before they are considered missing.

Congratulations, Ana Maria! We can’t wait to see your work on the big screen.