Success: R.K. Jackson Publishes The Girl in the Maze 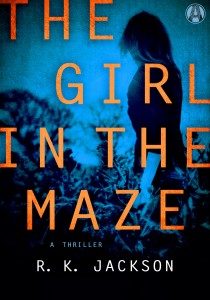 Student R.K. Jackson has a pretty impressive resume: award-winning science writer and editor at NASA, co-producer of exhibits at the National Air and Space Museum, and former senior editor at CNN. Now he can add bestselling novelist to the list. His thriller, The Girl in the Maze, was published in September 2015 (Alibi/Random House) and has already appeared on Amazon bestseller lists for Psychological Suspense and Psychological Thrillers. R.K. workshopped his novel in Novel Writing IV with Claire Carmichael, and says that “the input of both Claire and my talented classmates during this intensive workshop brought the book to a higher level of readiness for publication.”