Keeping Up with the Kirkwoods

The annual James Kirkwood Literary Prize, named for Writers’ Program student and Pulitzer Prize- and Tony Award-winning author James Kirkwood (A Chorus Line, There Must Be a Pony), was established by his friends to honor new generations of fiction writers for their literary achievements. For decades now, it has served as motivation, inspiration, and gratification for hundreds of students. Far from being the highlight of their writing career, the prize is often a catalyst for deeper work, rewriting, publishing, and more. We’re thrilled to report back on some of our Prize recipients over the years who have gone on to top MFA programs, published far and wide, and even come full circle to teach for the Writers’ Program.

Express Train to an MFA 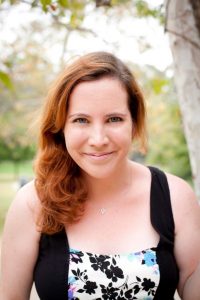 Many students take Writers’ Program courses to prepare for the rigorous MFA application process, getting their writing in tip-top shape for programs that are increasingly ultra-competitive to get into. And what’s a better confidence booster than being nominated by professional writers for a cash prize? After winning the Kirkwood Prize in 2013, Margaret Spilman was awarded a 2014 PEN Center USA Emerging Voices Fellowship and accepted into the MFA Creative Writing Program at California State University, Long Beach. Janet Hilliard Osborn, first place winner in 2008, is now a graduate of the MFA program at UC Irvine, one of the top programs in the nation. And Darri Farr, 2013 second place winner, blew us all away when she was awarded the James A. Michener Fellowship to pursue her MFA at the Michener Center for Writers at the University of Texas at Austin. The highly competitive fellowships are awarded to only twelve students out of the nearly 1000 applications they receive each year. Darri says that “there’s literally no way I would have been able to get into the Michener program without having participated in the Writers’ Program.”

From Prize to Publication

As any writer who has submitted their work for publication knows, repeated rejection can be brutal. The Kirkwood Prize is designed to boost emerging writers and validate their work, so it’s no surprise that many winners go on to publish their nominated stories or novel excerpts. 2005 winner Jack Maeby published his novel The Thorazine Mirrorball, 2007 winner Susan Lindheim published an excerpt from her novel Baby Driver in The Nervous Breakdown, and 2009 third place winner Jamie Schaffner, who also went on to be a PEN EV Scholar, published her novel excerpt “Get the Girl” in the anthology Best Lesbian Romance (Cleis Press, 2011). “Without a doubt the Kirkwood experience was a huge confidence builder and springboard for me,” says Jamie. “Afterward, I had this standalone piece from my novel, which was well-received by a group of published authors, and I started to imagine I could get published too.” 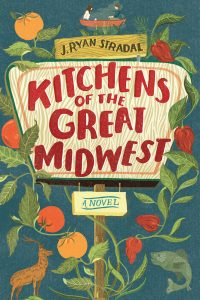 J. Ryan Stradal, 2008 second place winner, has had perhaps the most meteoric rise of all. In 2015 he published his novel Kitchens of the Great Midwest (Viking), which appeared on 10+ “best of” lists including NPR.org, Los Angeles Magazine, and Library Reads. He then sold the foreign rights to the UK, Germany, Italy, Spain, and Holland; landed on the NY Times bestseller list; and won the highly competitive 2014 William Faulkner – William Wisdom Creative Writing Competition. J. Ryan says that “any awards I’ve been fortunate enough to win, and any skill I’ve developed as a writer and an editor, I can trace back to the lessons I learned at the Writers’ Program.” 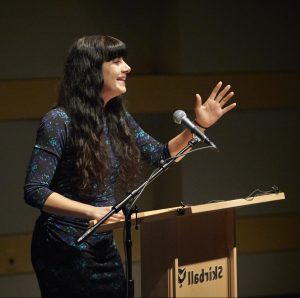 A couple of past winners have even come full circle, returning to the Writers’ Program as instructors, rather than students. Rachel Kann, 2006 second place winner, has since taught over 40 Writers’ Program classes and hundreds of students in poetry and short fiction, and developed courses like Out Loud: Performance Poetry, Hip Hop, and More. TV writer/producer Ron Darian, who won third place in 2012 for his novel excerpt Dogwood, is now teaching short fiction to rave reviews.

We’re so proud of all of our Kirkwood winners who continue to do the hard work of writing and rewriting, exceeding our wildest expectations.

Interested in learning more about the prize and past winners? Click here to visit our Kirkwood Prize page. To learn about other Writers’ Program prizes, scholarships, and competitions, click here.

Katy Flaherty is the Program Representative for Creative Writing (Onsite). Contact her at 310-206-0951 or kflaherty@uclaextension.edu.