So Many Good Books and Movies in Summer 2016! 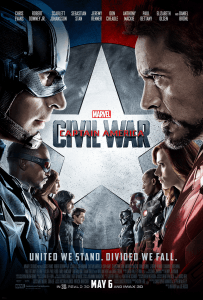 Bring on summer! More importantly, bring on the summer movies and books! As you would expect from a writing program, we love to absorb as many books and movies as possible. Just like we pow-wowed as staff back in January about what we read and saw over the December holiday break, we also recently pow-wowed about what blockbusters and new releases we can’t wait to dive into this summer. Enjoy the recommendations I gathered from our staff below! Captain America: Civil War was a big one but I already saw it (it’s officially summer in terms of box office). Suicide Squad – been looking forward since that sizzle-reel footage leaked at last year’s Comic Con. The Nice Guys, Neighbors 2, Bourne 5, is it? Mike and Dave Need Wedding Dates and War Dogs also look funny, plus The Founder and Spielberg’s BFG. Hard pressed to find any non-sequel / non-franchise / non-based-on-anything movie these days, but surprisingly there are a few in the mix. But who cares!? It’s summer. Bring on the popcorn! I’m looking forward to this particular YA book coming out: A Torch Against the Night by Sabaa Tahir. It’s the sequel to Ember in the Ashes, which won several recognitions, including Instant New York Times Bestseller, Amazon’s Best Young Adult Book of 2015 and People’s Choice Award Winner in Favorite Fantasy. Tahir’s writing style is exquisite –she has an amazing writing voice and all the elements of her story weave so beautifully together. It has a compelling story line, complex well-rounded characters and a fascinating story setting. 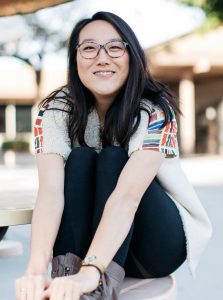 I want to read Scrappy Little Nobody by Anna Kendrick simply because I love her and need to complete my actor-turned-writer book collection. As far as movies: The Secret Life of Pets, X-Men Apocalypse, Ghostbusters, Bad Moms, and Mike and Dave Need Wedding Dates (yes, feeding my Anna Kendrick flame) I’m exceptionally excited for. I’m also willing to give the Bourne franchise another chance. Oh, and Finding Dory! I’m realizing that my interests are all over the place, but it’ll definitely make for an interesting summer. Ani Cooney, Creative Writing (Online) Program Advisor:
I’m looking forward to The Sympathizer by Viet Thanh Nguyen. The book is about a communist sleeper agent who makes Los Angeles his home after the end of the Vietnam War. I can’t wait to read it because it’s told in the perspective of a Vietnamese writer AND narrator – truly a rarity in the American literary landscape. Also, it won the 2016 Pulitzer Prize for fiction, and I can’t wait to see what all the critics are raving about.

As far as movies, I’ve been a big fan of Jason Bourne since the first one so that’s on my list (James Bond can eat it!). I do cardio to the soundtrack and pretend I’m as cool as Jason Bourne.

Cindy Lieberman, Program Manager:
My wish list on Amazon is growing longer by the minute – so many good books to look forward to – and at the top are LaRose by Louise Erdrich, Behold the Dreamers by Imbolo Mbue, and For the Love of Money, a memoir by WP student Sam Polk (due in July). I recently read When Breath Becomes Air by Paul Kalanithi, a memoir about a young and brilliant neurosurgeon at the height of his career who suddenly finds himself on the other side of the stethoscope. It’s so well worth the tears you’re going to shed.

Linda Venis, Writers’ Program Director:
I was lucky enough to get an advance copy of The Girls, a literary thriller by first-time novelist Emma Cline, and I found it mesmerizing. The central character is a 14-year girl in the late 1960’s, who falls under the spell of “the girls”—and ultimately the deadly leader—of a cult modelled more than closely on the Manson Family. Evie Boyd’s life circumstances are specific—a self-involved mother, nearly absent father, and a bland but comfortable middle class life made possible by her grandmother’s long-ago successful acting career. But this psychological portrait of a girl whose yearning to be seen and belong and be loved—even to the point of self-destruction—captures the zeitgeist of the age, resonates with heart-breaking universal truths, and serves as a compelling cautionary tale, even in 2016.

What movies and books are you looking most forward to? Share your thoughts in the comments section below!

Carla Janas is the Assistant to the Director. Contact her directly at cjanas@uclaextension.edu or 310-267-4888.