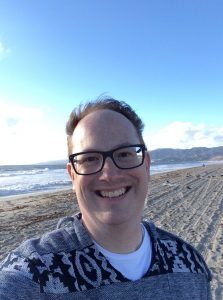 Student Jonathan E. Lewis has published his first book, Ancient Egyptian Supernatural Tales (Stark House Press, 2016). The anthology contains stories by Edgar Allan Poe, Louisa May Alcott, Arthur Conan Doyle, Tennessee Williams, and more. Publishers Weekly calls it “a satisfying mix of well known and less familiar works.” As the editor of this unique project, Jonathan wrote brief essays and a critical introduction. Jonathan has taken a number of Writers’ Program courses including Creative Writing: Short Story with Stephen Cooper, which he says helped him “appreciate the short story as a literary art form and encouraged me to pursue this project.”