Success: Victoria Denault Wins it All 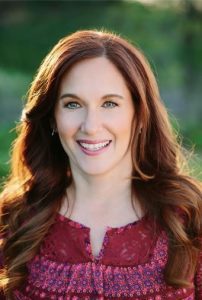 Writers’ Program alum Victoria Denault is living proof that dreams do come true. A diehard hockey fan and voracious writer, Victoria already impressed us with her “Hometown Players” series. Published by Hachette/Forever, it was initially a three-book deal – which they just extended! The fourth book in the series, Winning it All, will be available in September with the fifth and final installment, On the Line, out in December.

Never one to rest on her laurels, Victoria’s new “San Francisco Thunder” series was also picked up by Hachette/Forever with a full print deal that will hit bookshelves 2017. She is now living her dream of being a full-time author.

“The Writers’ Program courses I took helped me understand, accept and use critiques of my work to make it better (which is crucial when working with a publisher) and giving me an inside look, through the instructors who have lived this journey and the guest speakers they share with students, into how the publishing industry works and how to effectively get started.”