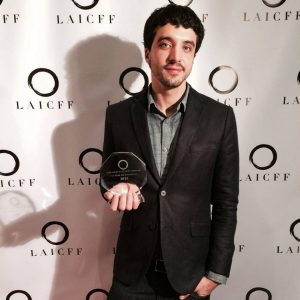 Oleguer Homs, a graduate of the Film and TV Comprehensive Certificate Program, won Best Screenplay at the Los Angeles International Culture Film Festival earlier this year for his supernatural thriller Samuel Colt. Oleguer wrote the script in John Doolittle’s Structure and Theme Rewrite: An Intermediate Workshop which he says helped take his script “to the next level.” He also credits the late Ron Suppa, Quinton Peeples and Richard Hatem, “the other teachers from whom I learned the most.”