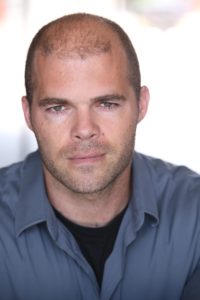 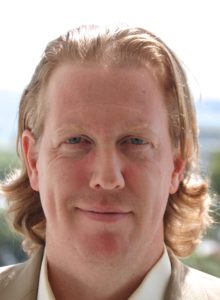 Last week, the Writers’ Program formally congratulated the top 3 winners of each category of the UCLA Extension Screenwriting competitions in Feature Film Writing, Television Spec Writing, and Television Pilot Writing. But their success didn’t happen overnight. Before this, the winners were like many new writers who come to us asking questions like “How do I turn my idea into a screenplay?” or “What are some of the best ways to find inspiration?” So, this week we asked our nine winners to shed some light on their background and experience in the Writers’ Program. Read on to discover what inspired them to write their winning stories, whose loglines you can read here.

1. Writers’ Program: To start, what made you want to be a writer?

Johan Ingler: I knew I wanted to be a writer when I discovered the joy of creating whole worlds out of nothing, with characters who formed lives of their own, somehow no less real than in the material world. And what really sealed the deal was when I felt the impact it could have on other readers; when I saw the emotions it could evoke, and where it could transport them. If anything, that’s magic.

Kevin Mcgue: Even in grade school I enjoyed what they called “composition class.” After long detours working in journalism and translation, I decided to give becoming a professional in film or TV writing a shot. The Writers’ Program is helping me gain the skills I need while holding down a day job.

Charmaine Colina: My parents and I were immigrants to the U.S. My mom and dad’s love for American movies and TV shows pervaded my childhood. First “book” I ever read: TV Guide. Combine these early influences with an active imagination–writing was a good fit.

Chris Shaffer: When people ask me why I write, I tell them that writing is the only way I can truly make sense of life. If being a writer means creating a means by which others can make sense of their lives, I can’t imagine anything else I would rather do.

Alex Cooper: I just love to write. I’ve always been drawn to it — newspaper and yearbook in high school, as well as the self-indulgent and “angsty” online “journals” that we all had — and I’ve just had a big appreciation for words. I love being able to craft words to create an experience. And even more so now, as I read more and more books and scripts and essays, I really respect the way a well-written piece of work makes me feel. The power of intentionally arranged letters to create words which create sentences that are so full of meaning is pretty incredible.

Megan Metzger: I was an intern at Heroes and Villains Entertainment. They rep comic book and TV writers and took me aside one day to show me what a comic book script looked like. It changed everything for me.

Eugene Navakas: Short answer? Reading. I grew up surrounded by passionate, omnivorous readers, so way before I became obsessed with The Wire or Veep or Broad City, I was plowing through Wieland and Middlemarch and Beloved, daydreaming about story and structure and language and history and comedy and all the other thousand-and-one tools writers use to reach out and connect with their audiences.

David Dancyger: Having spent many years working in Post Production for various studios, I realize the single most important element to a successful feature or show is the writing. That is why I decided to write. I could create something, rather than improving it after it has already been shot.

Javona Williams: I knew I had a gift for telling stories but I never thought that could be a (somewhat) practical trade until I realized J.K. Rowling made a life for herself by doing just that. After that realization, I ditched the notion of becoming a doctor and was dedicated to doing what I love: writing. Sorry mom.

2. WP: What was the inspiration for (or inception of) your winning script?

JI: There’s a song that goes, “Children are their own people, living in a foreign land.” That was my fuel for inspiration. The inception, however, is quite simple: I was presented with an assignment, I picked the premise that I felt most excited about, and I put it to paper. From there the characters in the script told me the story rather than the other way around.

KM: I have long been a fan of Buster Keaton’s silent films, and was vaguely aware that he had some problems in his life and career. When I learned that he had a happy third marriage that not only helped revive his career but also saved his films for prosperity, I thought it was a great Hollywood love story to explore in a feature film script. I borrowed the title Second Act from F. Scott Fitzgerald’s comment about the belief that American lives have no second acts proving false.

CC: I’ve been a trekkie since age 6. The City on the Edge of Forever, my favorite episode, combined with my love for all things Jane Austen, were the inspiration for Austentatious. How far would a fan-girl go to save her fandom? Hilarity ensues.

CS: Originally I brought in a pitch concerning the passing of a Supreme Court justice. I am actually glad that I was steered away from this idea because, four months later, a very solid percentage of jokes would have been in the ‘too-soon’ category. What remained between that earlier pitch and the premise that I eventually wrote was Selina’s determination to secure some kind of relevance in a system that had repeatedly denied her as much.

AC: I was inspired by the no holds barred nature of the show, Veep, and really connected with the crude humor and flippant language. It was very liberating to be able to write unfiltered and straight from instinct. And then to be acknowledged for letting my dark side flow onto paper has further fueled the fire and drive to make this my life.

MM: I love iZombie, and I’ve always wished I could write a TV episode with Cher from Clueless in it. Having Liv eat the brains of a sorority girl seemed like a good compromise.

EN: For Expectations, everything started with Megan. I wanted to write a female lead that comics would jump out of their shoes to play, and the best way I could think of doing that was to 1) make her hilarious, and 2) put her through the absolute wringer. I also hadn’t seen much television on the subject of fertility, and I was interested in trying to give that subject a personal, emotional voice in a dramatic context that could pivot from comedy to tragedy and back again while still being grounded in real human experience.

DD: I have always been fascinated by the way history is told. There is an inherent comedic element to much of history that gets overlooked; I want to utilize the funny aspects of our past.

JW: I wanted to do a jazz and blues-inspired show that was more about the grit and grind than the glitter and gold of that era. Also, to me, a mother-daughter relationship is very sacred and complex. So I wanted to explore one that was functional but flawed.

Thanks everyone and congratulations again! For our readers: be sure to pick up a copy of the November 15th issue of Variety (the Contenders: Writers Preview issue) and check out the full page ad featuring all nine of our winners!

Additionally, in early 2017, the WP staff will be sending the winners’ contact and project information to over a thousand entertainment industry executives (producers, agents, and managers) via newsletter. Each finalist will also be given a chance to partake in a special entertainment business preparation session with a producer to learn how to best sell themselves and their work. Be sure to stay tuned as we chronicle their future successes!