The Writers’ Program is happy to announce the winners of the 2016 James Kirkwood Prize which is named after the late Pulitzer Prize- and Tony Award-winning author who was also a Writers’ Program student! The award has been a staple of the Writers’ Program since 1991 and was founded by benefactor Andrew Morse, one of Mr. Kirkwood’s friends, who established the prize to honor new generations of fiction writers for their literary achievements. Writers’ Program instructors who have taught intermediate and advanced level short story or novel writing courses nominate students to submit pages for consideration; the pages are then judged by other Writers’ Program instructors. This year’s judges—Tempany Deckert, Alyx Dellamonica, David Borofka, and Paul Mandelbaum—narrowed down the finalists to three, and Andrew decided the order of 1st, 2nd, and 3rd place. Below, the winners share a little about their submission and what receiving the prize means to them! 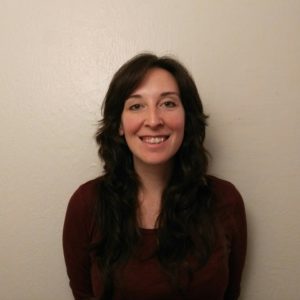 What is “Christmas Eve” about?
“Two girls in rural Texas are abandoned in the woods at night.”

What does this award mean to you?
“I joined the Writers’ Program seeking some formal structure and a sense of accountability to sit down and write. But what I found in the workshop was much more valuable: a talented group of inquisitive, committed writers, who continually challenged each other to improve their work through critical, constructive feedback and guidance. I feel so incredibly honored to receive the Kirkwood Award, and humbled in knowing that it was possible because of the supportive community that I found here.” 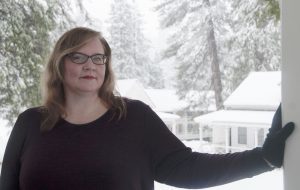 What is “All the Gold Stars” about?
“Brandon is an imaginative gay teen suffering in a small town community in the Appalachians, stuck closeted in a family where he sees more of the belt than affection. In his isolation, he reaches out through the internet for connection. When Brandon’s secret is in danger of being revealed, violence breeds violence leading to a harrowing conclusion.”

What does this award mean to you?
“I came to the Writers’ Program three years ago as a novice fiction writer with an idea for a story but little idea how to effectively express it. The teachers here have taught me how to peel back the clichés and common writer foibles and urged me to keep stretching until I find the voice at the heart of my stories. I’m so grateful to Anne Sanow and all of my teachers for their extraordinary gifts of insight and encouragement.” 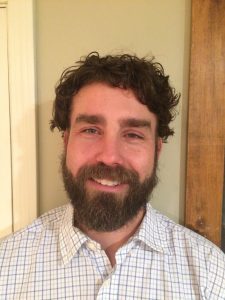 What is “Touch ‘em Up” about?
My story started with the image of an old boxing trainer and the fighters he trained in the barn behind his house; but it soon veered off to follow several people living in this New Jersey town one summer, including a fighter and a teenage girl.

What does this award mean to you?
Wendy Oleson’s short fiction class was just what I needed as an aspiring writer. The class was full of supportive, passionate, tough, thoughtful writers who were dedicated to the process of producing the best work possible. I learned so much from them, and I think we pushed each other to get better (even when it was a grind to do so). Getting this award is an honor and a huge confidence booster in a place where self-doubt usually rules. I was so thrilled just to be nominated—I could have called it a day, had a few beers, and gone to bed very happy. Being a finalist is amazing.

Carla Janas is the Program Representative for Creative Writing (Onsite). You can email her at cjanas@uclaextension.edu.