Welcome Bree Todish to the WP! 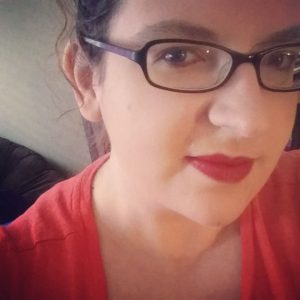 Bree Todish has joined our WP ranks and we’re so excited to have a new staff member among us! Bree is the Assistant to the Director and will be taking on the task of keeping the Writers’ Program visible on social media, handling basic advising, and implementing events for all of the Department of the Arts as well as a wide variety of other essential responsibilities. We love interviewing new faces around here and Bree was kind enough to answer the following:

Writers’ Program: Bree, tell us about yourself!

WP: Like all Writers’ Program staff, I hear you are a writer as well, not only in creative writing but also screenwriting (wow!). Are you currently working on a project?

B: Currently I’m finalizing revisions on my first adapted screenplay and planning to get it registered very soon. I’m also hoping to revise my pilot and get another spec written for fellowship/competition season. Once those are done I have several novels in progress and would like to revisit one to get a first draft finished. Long form is my thing, but I potentially have a few shorts I’ll be co-writing or consulting on soon, too.

WP: If you were trapped on a deserted island, what 3 works of literature would you take with you?

B: The first one some might call a cheat, but I say not. I’d bring an edition of the complete works of Shakespeare – you’re never going to get bored. I could put on productions where I play all the roles. I could construct puppets or model figures using things on the island to put on shows. I could try rapping sonnets, or using them to inspire interpretative dances. It’s not just about the reading, it’s the experiences you could create from playing with the words, characters and stories.

The second would be my favorite book, Dracula. I get something new out of it with each read, and at one point I had entire sections of it memorized. What better excuse to memorize the whole book than being trapped on a deserted island?

The third would probably be the A Song of Ice and Fire series, another one that I get more out of each time I read it, and it’s great escapist material. Also, for the times I would feel bad about being stranded on an island, I could read these and think, “Well, at least I’m not a peasant in Flea Bottom, or a servant in House Frey, or anyone on the Iron Islands, or north of The Wall,” etc… (and hopefully by the time I got off the island I’d be rewarded with the final books being complete).

WP: What’s something you like to do in your off hours?

B: I’m a foodie, and an anglophile/Brit-junkie. I’ve had a standing weekly dinner/media evening with friends for almost six years where we make food and watch (primarily) British things. I love going to The Huntington – nature, art and books, all these wondrous creations of humans and the world we inhabit. What’s not to love? It’s like a less flashy, rideless Disneyland. I also love Disneyland.

Now you’ll know who you’re speaking with when you call our main line—310-825-9971—and I for one would love to join that night of all things British. Thank you, Bree, for sharing with us a little about yourself, and we’re happy you have joined our office!

Carla Janas is the Program Representative for Creative Writing (Onsite). You can email her at cjanas@uclaextension.edu.