For new writers seeking to break into the business, television network diversity fellowships have become more and more prevalent. These highly competitive and coveted programs serve as potential career launch pads – even more so than some of the biggest competitions out there – as television networks directly provide the training grounds and professional mentoring needed to prepare their next generation of series scribes and showrunners.

Last December, the CBS Writers Mentoring Program selected 8 participants (from over 1,100 applicants) for their 2016-17 initiative. Soon after, we learned not one, not two, but THREE former Writers’ Program students were selected! Officially, the Writers’ Program proudly congratulates Cynthia Furey, Joshua Troke, and Julie Wong on becoming mentees!

Cynthia was unavailable for comment, but the Writers’ Program sat down with Josh and Julie to discuss their recent win.

Writers’ Program: For your application, you had to submit a TV spec and an original pilot, 1-act play, or short fiction story. What were the writing samples you chose to submit? 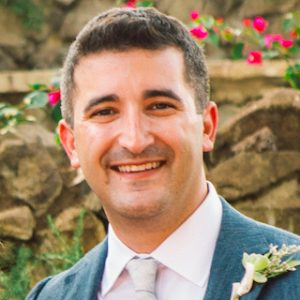 Josh Troke: For my TV spec I wrote an episode of The Knick called “In the Land of the Blind.” It’s set in the middle of season two and dealt with Dr. Algernon Edwards coming to terms with his vision problems and attempting a cornea transplant on a patient blinded in a chemical accident. My original pilot, Moon, is a one-hour medical drama that follows the trials and tribulations of the expansion of the first colony on the moon, told through the medical events and staff on the front lines. 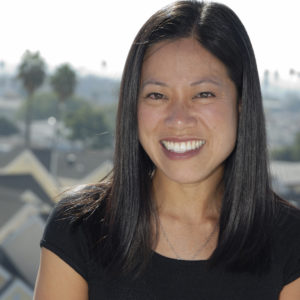 Julie Wong: My original pilot, Relatable, is a one-hour light drama about an L.A. City Councilwoman who needs to shed her party girl image after she gets redistricted out of Hollywood, so she takes on foster children to become more relatable to her suburban San Fernando Valley voters. For my spec, I wrote an UnREAL [episode] where Rachel faces off with a former nemesis when Everlasting does a crossover episode with an extreme home makeover show.

Wp: Were any of your writing samples developed in, or as a result of, a Writers’ Program course?

JT: The first class I took at UCLA Extension was Beginning Writing for the 1-Hour Spec Drama: Building the Story and the Outline (Online). From this course I developed the outline and treatment for what would eventually become my spec script of The Knick. Jacqueline Zambrano was my instructor for both [this] and Advanced Pilot Writing Boot Camp. She was fantastic.

JW: When I enrolled in my first Writers’ Program class, I was working in politics and didn’t know anything about writing for television. I started from square one and learned all of the nuts and bolts – from story structure to character development to script format – in Joel Thompson’s spec and pilot classes. In addition, Philip Eisner’s “Show, Don’t Tell: Visual Screenwriting” class taught me to focus on writing what can actually translate to the screen. One of the best Writers’ Program experiences I had was placing in the TV pilot contest because it gave me the opportunity to be mentored by Richard Manning. He helped me take my storytelling to a different level and hone my voice.

Wp: Television executives often recommend writing pilots over specs. Obviously, you needed a TV spec for this program, but did you find writing one useful in any other way?

JT: It seems now that more and more showrunners and executives prefer to read original material when choosing a staff rather than the traditional route of reading a spec of an existing show. That being said, there are still some people out there that want/require a spec of an existing show, and most of the writing programs still require one. It was useful to write one because I had never written anything before. A simple benefit is that when you begin to write your story, you start to learn how to use the software program you’ve picked to write your script (Final Draft, Highland, Fade In, etc.). It’s also easier to write a story when you already know the characters and the world.

JW: I’m a believer in the spec as a vehicle for brand new TV writers to learn storytelling in this format without having to worry about creating the show’s engine or building a new world. I also learn from trying to emulate the writing of a great show.

Wp: What are your goals throughout this mentorship process, and/or what are you looking forward to the most?

JT: The overall major goal would be to one day to create/run a TV show. That’s many, many steps in the future, but I hope that being in this program will give me the tools I need to become a better writer and become better with my pitching and meeting skills.

JW: One of the best parts of the program is that we get to write pilots under the guidance of executive mentors, and I am so fortunate to be mentored by two CBS executives who are ridiculously generous with their time and expertise. They are stretching me in new directions as a writer while also supporting my vision and voice.

Wp: What advice would you have for other aspiring writers applying for this program in the future?

JT: You need have a good personal story as well as good writing samples. It sounds obvious, but when the readers at any of the networks look through the thousands of applications they get every year you have to stand out. From my own experience and in talking to others, it seems to takes at least two to three years of writing/learning/refining to get to the point where you have good samples (of course there are exceptions, but those aren’t the norm). I say this only because I remember in the beginning I wanted everything to go faster – “I’m know I’m ready…”, “If they could only see what I could do…”, “If they knew how fast I learned…” – you need to stand out with your personal story and samples. That’s how you prove you take this seriously and show you’ve put in some effort.

JW: Don’t give up! Many of the mentees in this year’s CBS class applied multiple times before getting accepted.

Congrats again to you both and best of luck throughout the CBS program this year!

For a current list of fellowship programs please visit our Screenwriters’ Resource page and scroll down to the “Fellowships & Labs” section: https://writers.uclaextension.edu/screenwriting-resource-page/