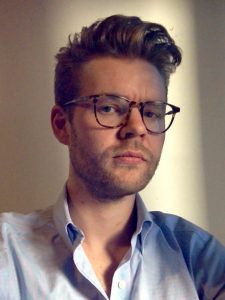 Former student Johan Ingler’s script Frankie & Chair, winner of the 2016 UCLA Extension feature film screenwriting competition, has been picked up by Dutch production companies Falcon Grove and Holland Harbour and South African production company Gambit Films! It will be directed by Daryne Joshua whose film Noem My Skollie: Call Me Thief was South Africa’s submission to the 2017’s Academy Awards.
He is also writing for the Dutch animation studio Zoho Studio, and co-wrote the mystery horror film V Detectives for Go East Media.

Johan says of his experience in the Writers’ Program, “You surround yourself with like-minded people and make invaluable connections in the industry. The instructors are established professionals, many of the students are too, and others will be soon, so the network just one course leaves you with is priceless.”

Congratulations on your successes, Johan! If you have a success story, we want to hear about it! Click here.