Congratulations to instructor Beverly Gray on the upcoming publication of Seduced By Mrs. Robinson: How The Graduate Became the Touchstone of a Generation. The book is being released as the film nears its 50th anniversary. Of the book, Beverly says, “The film version of The Graduate, now 50 years old, was imagined by its makers as no more than a small romantic comedy. But after being embraced by Vietnam-era students bent on defying the rules of their parents’ generation, it went on to permanently change American culture.” 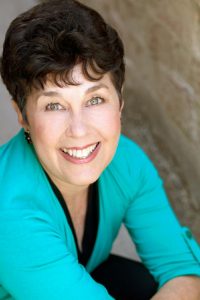 Beverly says of her experiences teaching screenwriting with the Writers’ Program, “Over the years, I’ve always been impressed by my students’ dedication to mastering the complicated art of screenwriting. Now that I teach strictly online, I’m surprised at how well I get to know aspiring screenwriters from around the globe as we communicate via Internet about the strengths and weaknesses of their work.”

Congratulations on your success, Beverly! If you have a success story, we want to hear about it! Click here.