“He looked like a sheltering tree, a fat weeping willow. It would feel nice to cry together, she thought, or to cry on top of his plush chest, or watch him cry and feel tears soak through her blouse and run into the crevices of her chest and arms. He was not a man she would be afraid to show her dirty apartment to.”
– from The Surrogate by Elizabeth Ayre 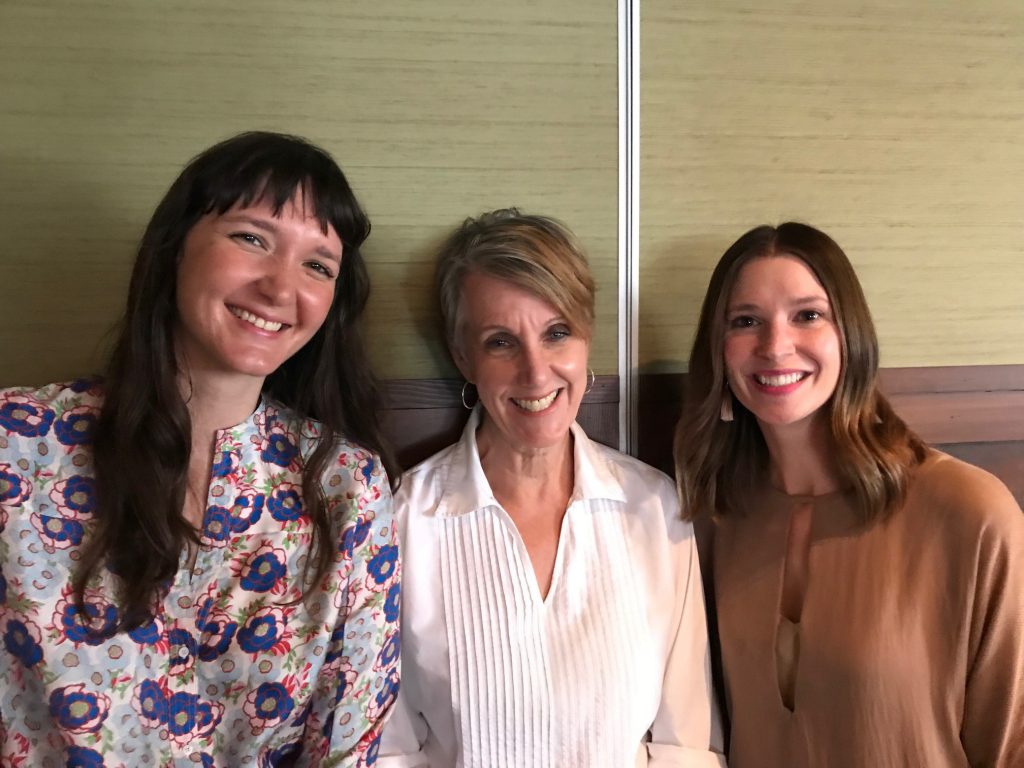 Three of the 2018 Finalists

The Writers’ Program is happy to announce creative writing student Elizabeth Ayre as the winner of this year’s Allegra Johnson Prize in Novel Writing! Elizabeth was nominated for the award by instructor Tempany Deckert for her work-in-progress The Surrogate. Among the 43 nominees, Cori Clark Nelson—nominated by instructor Lynn Hightower—and Michelle Kendall—nominated by Gordon Grice were finalists, and Katherine Stewart – also nominated by Lynn Hightower – was an honorable mention. In addition to being recognized at a luncheon for their work, winner Elizabeth Ayre receives a $5,000 prize courtesy of the benefactors, and the finalists each receive a complimentary full-length Writers’ Program course.

2018 Finalists with the 2017 Winner, and Program Director Charles Jensen

This year’s submissions were judged by Francesca Lia Block, Shawna Kenney, and Christopher Rhodes. Elizabeth Ayre’s submission was summed up by the judges this way: “The Surrogate excerpt evoked the voice of Joy Williams. It felt like a post-modern novel smartly tackling the nearly dystopian fertility situations today’s humans find themselves in, illustrating and ridiculing class differences through the eyes of its imperfect-yet-likeable protagonist, Paisley.”

Of Cori Clark Nelson’s submission, Haute Desert, the judges remarked, “We all adored the savvy and sassy voice of Haute Desert, a YA novel opening with a young fashionista steaming in a dress made of oysters, like a Project Runway episode-gone-awry.”

“In a world full of eating disorder memoirs, (W)retched rises above the genre through its writing quality and the storyline’s twist of a complicated patient-therapist relationship,” is what the judges had to say about Michelle Kendall’s submission.

For the honorable mention by Katherine Stewart, “The judges enjoyed the poetry, setting, and cultural value of the engaging 100 Grams of Rice novel excerpt and felt it must be noted.” 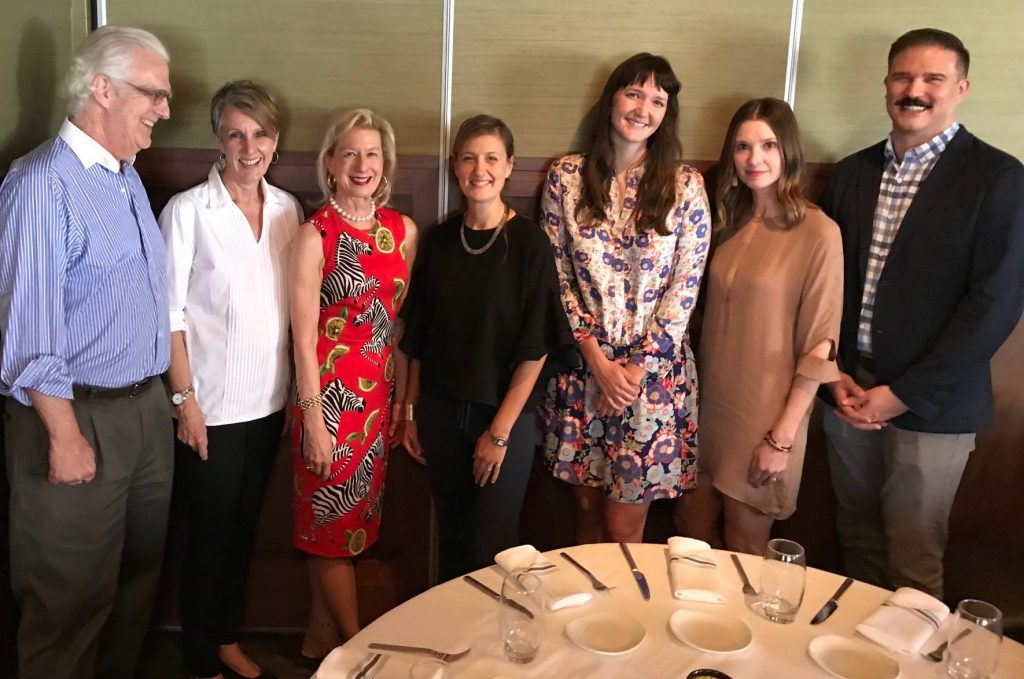 All finalists and the honorable mention were celebrated at a luncheon hosted by the Prize’s benefactors Ms. Olson and Mr. Johnson on June 8th in Westwood Village near the UCLA Campus. Also in attendance were Writers’ Program Director Charles Jensen, nominating instructor for Elizabeth Ayre, Tempany Deckert, and last year’s winner in Memoir Writing, Meghan Davis Mercer.
As Ms. Olson noted, “We were thrilled to hear from the finalists and a previous winner of the Allegra Johnson Writing Prize that it was a significant milestone in their writing lives and a real inspiration. Certainly the art of writing is alive and well at the Writers’ Program because the judges this year decided to add a one-time category of merit: Honorable Mention. All four finalists had compelling stories to tell that were filled with vivid imagery, quirky protagonists, and humorous twists. We celebrate their achievements.”  We here at the Writers’ Program could not agree more!

To read excerpts from the manuscripts of the three finalists, plus the honorable mention, go here:

From The Surrogate by Elizabeth Ayre

From (W)retched by Michelle Kendall

From 100 Grams of Rice by Katherine Stewart