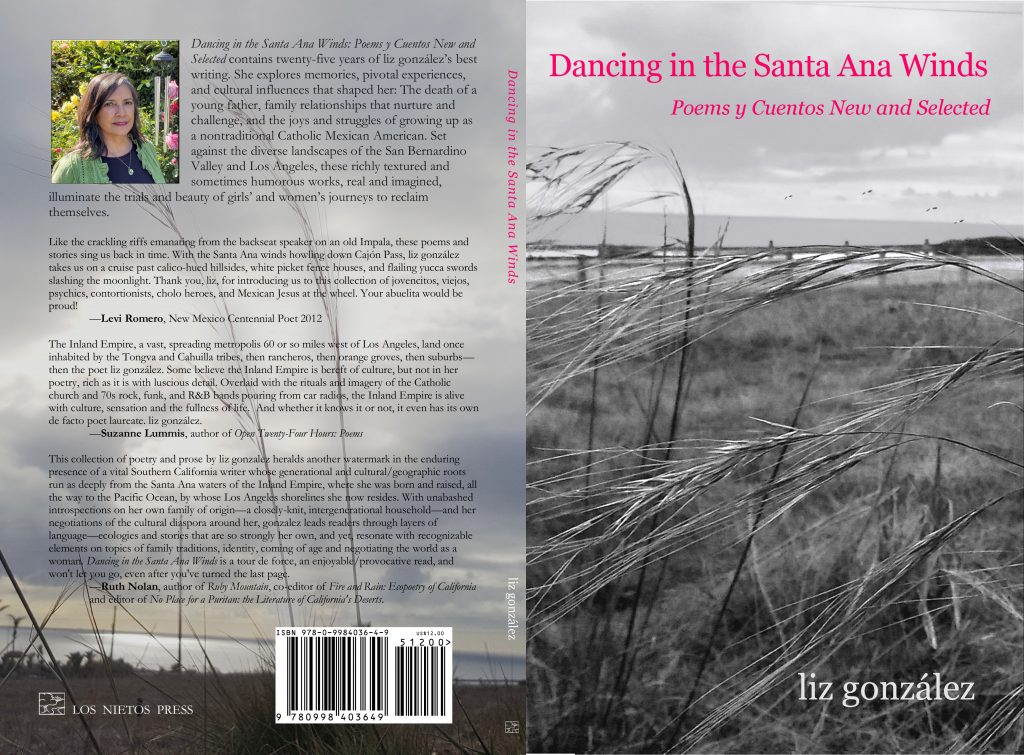 Instructor liz gonzález’s multi-genre book, Dancing in the Santa Ana Winds: Poems y Cuentos New and Selected, was released by Los Nietos Press in July 2018. A review of her book appeared in the November 12 issue of The Press Enterprise in Riverside, California.
Her poem “Fall in the Chaparral,” appears in the highly acclaimed anthology Fire and Rain: Ecopoetry of California released by Scarlet Tanager Press in October 2018.
Her poem “Menudo vs. Hot Dogs” is a featured poem in the August online issue of Voices de la Luna: A Quarterly Literature & Arts Magazine and also appears in the hardcopy.

Of her teaching experiences, liz says, “One of the best parts of working with the Writers’ Program students is reading their final portfolios after watching their craft and voice develop over the quarter. They always end up with powerful work.”

Congratulations, liz! If you have a success story, we want to hear about it! Click here.