The Writers’ Program is happy to announce creative writing student Linda Abrams as the winner of the fifth Allegra Johnson Prize! Linda was nominated for the award by instructor Barbara Abercrombie for her memoir The Wrong House. Among the nominees, Maude Chilton — nominated by instructor Mark Sarvas for her novel The Unseen West — and Daniel McClary — nominated by instructor Jessica Barksdale Inclan for his novel Mahout — were finalists. In addition to being recognized at a luncheon for their work, winner Linda Abrams receives a $5,000 prize courtesy of the benefactors, and the finalists each receive a complimentary full-length Writers’ Program course. 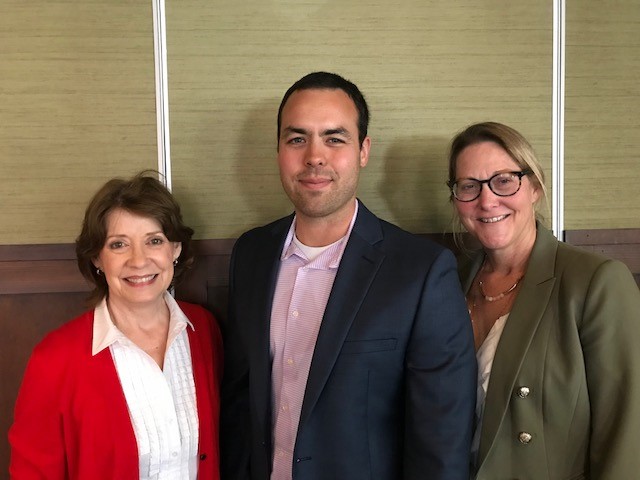 The judges said about Linda’s winning piece, “The Wrong House is the gripping tale of a woman on the verge of losing everything. When her husband is arrested for committing a despicable crime, one wonders: How well do we know those we love? The Wrong House reads like a quickly paced, well-plotted novel. This story is particularly heartbreaking knowing the events described are true.”

All finalists were celebrated at a luncheon hosted by the Prize’s benefactors Ms. Olson and Mr. Johnson in June in Westwood Village near the UCLA Campus. Also in attendance were Writers’ Program Director Charles Jensen, nominating instructor for Linda Abrams, Barbara Abercrombie, and last year’s winner in Novel Writing, Elizabeth Ayre.

As Ms. Olson noted, “We are thrilled that excellence in writing is alive and thriving in the UCLA Extension Writers’ Program, as underlined by the work of all wordsmiths who submitted to the Allegra Johnson Writing Prize, as well as the finalists, and of course the 2019 winner. We are grateful to everyone involved–from the writers who courageously submitted, to the judges, and, of course, to Charlie and his staff who orchestrated the process. We are looking forward to next year year’s reunion of all past finalists, as well as the celebration of the sixth year of the prize and its finalists in June 2020!” 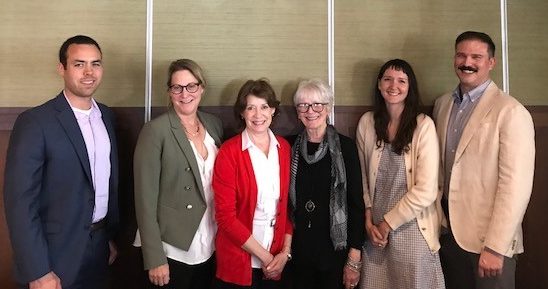 To read excerpts from the manuscripts of the finalists, go here: