Earlier this month, the Writers’ Program hosted a luncheon in Los Angeles to honor the recipients of the 2019 James Kirkwood Literary Prize. The James Kirkwood Literary Prize is named for the late Pulitzer Prize and Tony Award-winning author James Kirkwood, one of the Writers’ Program’s most illustrious students. Each year, instructors who have taught intermediate and advanced-level fiction courses are invited to nominate outstanding students who are then asked to submit 10-20 pages for consideration. The semi-finalists and finalists are determined by selected Writers’ Program instructors, and the winner is determined by Andrew Morse, the prize’s benefactor. 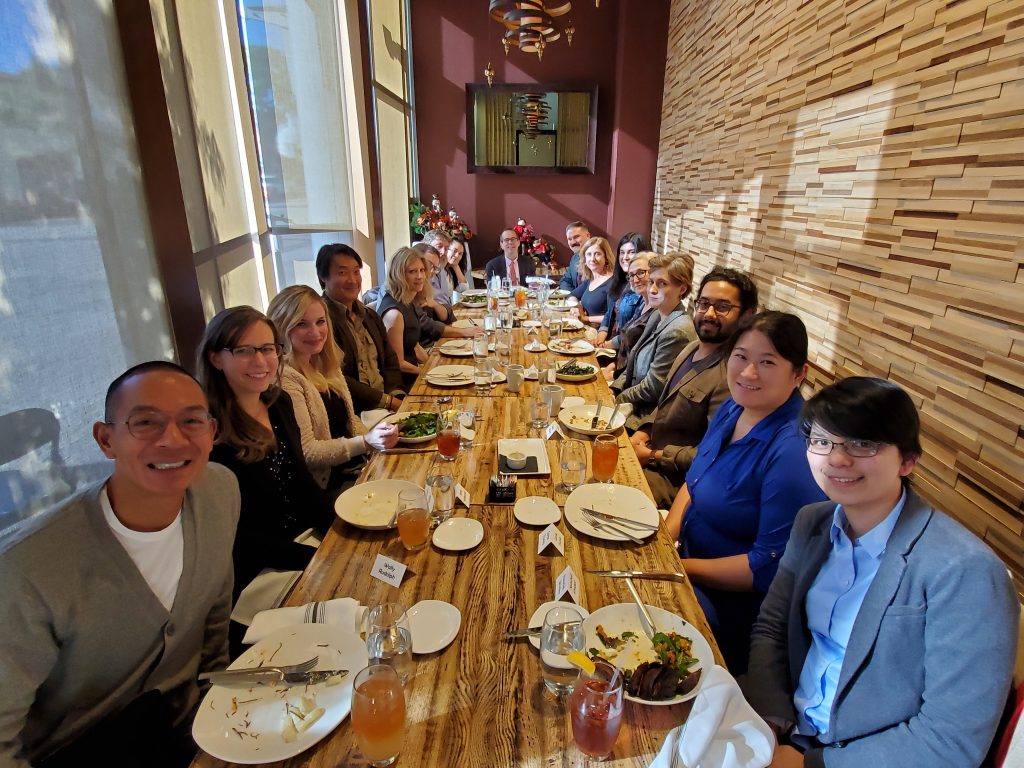 The top three awardees this year were nominated by instructors Alyx Dellamonica, Caroline Leavitt, and Paul Mandelbaum. This year’s judges — Jennifer Caloyeras, Wally Rudolph, and Aatif Rashid — narrowed down all finalists to three, and Andrew decided the order of 1st, 2nd, and 3rd place. 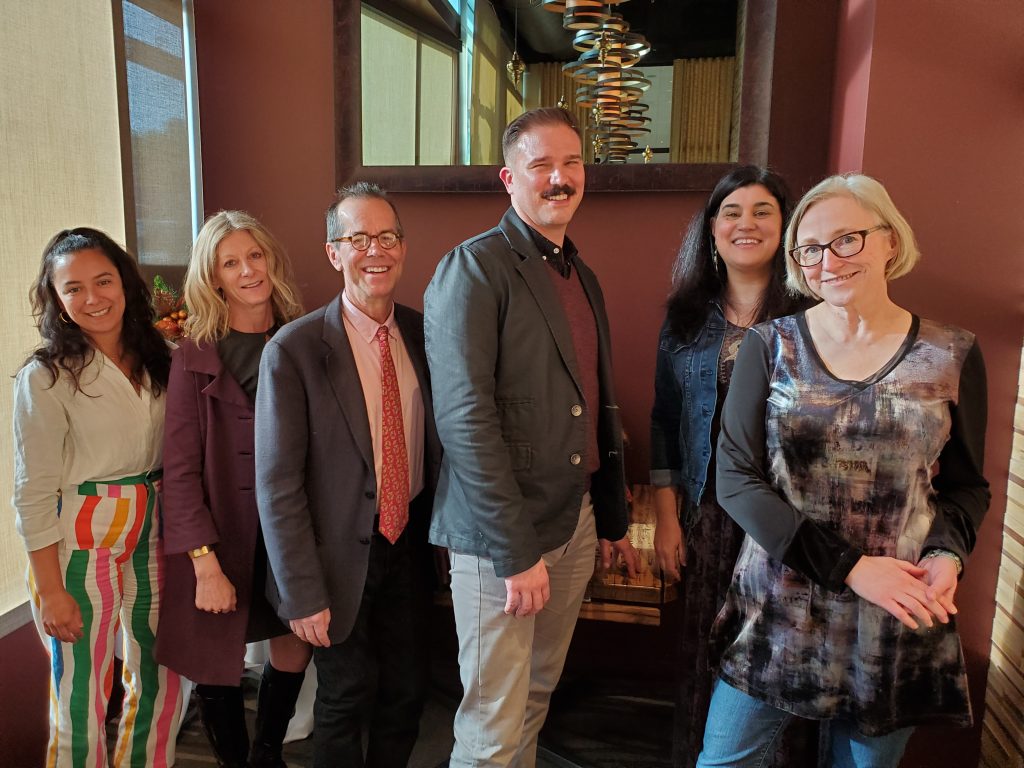 Below are the judges’ thoughts on each winning selection.

Jennifer Caloyeras on “Crashing Shiva”
In this well-developed short story, a bereaved woman mourns her loss after a devastating miscarriage. When her husband is unable to offer her the solace she needs, the protagonist takes to crashing strangers’ shivas, the traditional Jewish period of mourning, in an attempt to fill the void she feels. Making good use of strong and blunt dialogue, the author deftly ricochets between humor and pathos. The story has a satisfying character arc and a keen eye for cleverness.  This is a smart and worthwhile story.

Aatif Rashid on Hekatomb
This novel excerpt had a fantastic voice, one that was funny, sharp, and ultimately very moving. The author took the unique form of an anger management journal and used it to showcase both a wonderfully vivid character and a fascinating dystopian world. Additionally, the way the author fused Greek mythology with a very modern commentary on gender disparities and the place of women in society gave the whole piece a very urgent thematic message. All in all, the work balanced comedy and lyricism perfectly, painted a wonderfully complex portrait of an angsty, precocious teenage girl, and created a compelling dystopian world inspired by Greek mythology. Most importantly, it was an excerpt that, after twenty pages, made me want to read another two hundred.

Wally Rudolph on Paved With Gold
The author paints a stark, jarring picture of an early America through the eyes of a recently arrived immigrant. At its best points, the language and imagery complement the daily strife of the protagonist as she struggles to navigate the new world she finds herself in. The line breaks and overall structure are effective to keep the action immediate, the story compelling, and the stakes high. Altogether, the story and character make for a compelling depiction of very real tragedy.

All awardees receive a cash prize and were treated to a luncheon with Andrew, the nominating instructors, and the Writers’ Program staff.