3 Short Stories to Spark Inspiration (and some prompts to help with that too!) 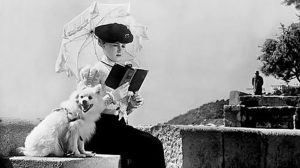 “Lady with the Lap Dog” by Anton Chekhov:

Published in 1899, this story encompasses themes of infidelity, longing, lust, and the obstacles that separate the union of two individuals. The story begins with a married man who has never experienced love before, but has engaged in countless affairs, and a young woman, who got married due to sheer curiosity above all else. They meet in the resort town of Yalta in the former Soviet Union and proceed to have an affair before they part for what they believe to be forever. Chekhov experiments with a balance in his characters between their surface lives and their secret lives, allowing them to have a wonderful quality of interiority. Nabokov was quoted as saying of the story: “All the traditional rules have been broken in this wonderful short story…. No problem, no regular climax, no point at the end. And it is one of the greatest stories ever written.”

Excerpt: The sea had roared like this long before there was any Yalta or Oreanda, it was roaring now, and it would go on roaring, just as indifferently and hollowly, when we had passed away. And it may be that in this continuity, this utter indifference to life and death, lies the secret of our ultimate salvation, of the stream of life on our planet, and of its never-ceasing movement towards perfection. 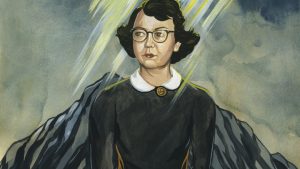 “A Good Man is Hard to Find” by Flannery O’Connor

O’Connor’s deceptively simple writing style masks a world of meaning just waiting to be uncovered. In this short story published in 1953, a family goes on an ill-fated vacation to Florida, during which they stop at a diner where the proprietor is keeping a monkey chained to a tree, before they are held at gunpoint on the side of the road by an infamous escaped convict. Entangled within the story’s symbolism, which has intrigued scholars for decades, lie religious themes, moral imperatives, and even critiques of capitalism, the antebellum south, and slavery, all taking place in the context of the Cold War. With its distinctive, zany characters, this richly layered and darkly humorous story is highly interpretable and definitely worth a read!

Excerpt: Listen lady,” he said in a high voice, “if I had of been there I would of known and I wouldn’t be like I am now.” His voice seemed about to crack and the grandmother’s head cleared for an instant. She saw the man’s face twisted close to her own as if he were going to cry and she murmured, “Why you’re one of my babies. You’re one of my own children!” She reached out and touched him on the shoulder. 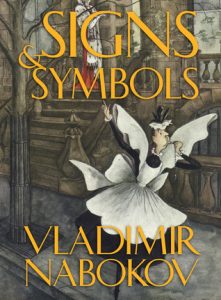 “Signs and Symbols” by Vladimir Nabokov

This heartbreaking story, published in the New Yorker in 1948, revolves around an aging immigrant couple whose depressive son is being housed in a sanitorium due to a rare condition called “referential mania,” in which he believes the natural world, as well as man-made objects, to be conspiring against him. Weaved into the story are a variety of (as the title suggests) symbols or visual tableus that facilitate interpretation: a bird dying in a puddle, a broken-down subway line, a young woman crying on a public bus, and three phone calls—two of which are misdials. The ending is left intentionally ambiguous, so that the reader is forced to read the signs and put all the pieces together themselves. Nabokov’s prose is, as always, masterfully crafted.

Excerpt: Phenomenal nature shadows him wherever he goes. Clouds in the staring sky transmit to each other, by means of slow signs, incredibly detailed information regarding him. His in- most thoughts are discussed at nightfall, in manual alphabet, by darkly gesticulating trees. Pebbles or stains or sun flecks form patterns representing, in some awful way, messages that he must intercept. Everything is a cipher and of everything he is the theme.

After reading some of literature’s finest short stories, get the creative juices flowing! Try writing a story from these prompts in 500 words or less:

Chekhov’s Gun: Chekhov has a principle in his writing that demands that every element of the story is fundamentally necessary. The rule of thumb is, if a gun is mentioned at all, by the final scene it will have had to go off. No false promises for the reader, and no unnecessary elements. Write a story that features an object; the object should be introduced in the opening sentence, and the context that surrounds that object should speak to the deeper implications it has upon its world. Example: in the short story “Sticks” by George Saunders,’ the narrator describes a metal pole that his father decorates in his backyard, which speaks to his fathers’ repressed emotions and internal life. Read it here.

Symbolism: Flannery O’Connor uses a variety of symbolic images to help her convey the underlying themes and critiques the story is actually about. Come up with a symbolic image, object, or animal (think of the monkey chained to a tree in “A Good Man”), that could be representative of a larger concept, emotion, experience, or moment in history. Describe a day in the life of that symbolic thing without ever explicitly explaining to the reader what it is representing.

Capturing the Ordinary: Nabokov once said that he didn’t believe people thought in languages. Instead, they thought in images. The author is also well known for writing about mundane, ordinary things in a profoundly creative way. Think of a specific image that comes to mind easily—the garbage truck that rides through your neighborhood at 6am, a specific pair of shoes you wear that squeak, the tree with the tiny purple flowers that blooms in your backyard—and write, only about that, maniacally for 20 minutes. Set a timer if you have to. Write every tiny detail that comes to mind about that specific image, no matter how minute or mundane. Practice being strictly truthful and accurate in your descriptions: if the dew drops on the flower make it look more “distorted” and “grotesque” than “gentle” and “lovely,” then write that. 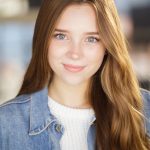 Noemi VanSlyke is a third year student at the University of California, Los Angeles. She is studying English Literature with a concentration in Creative Writing and she is one of three work studies at UCLA Extension’s Writers’ Program.